On the I/O developers conference, Google has released the latest version of it low-cost VR headset. Hence, moving on the Cardboard headset, it has now support for iOS or iPhones which can be as big as 6 inches. Previously, the Cardboard VR headset was only limited to the Android market which was introduced last year at the same I/O conference 2014. 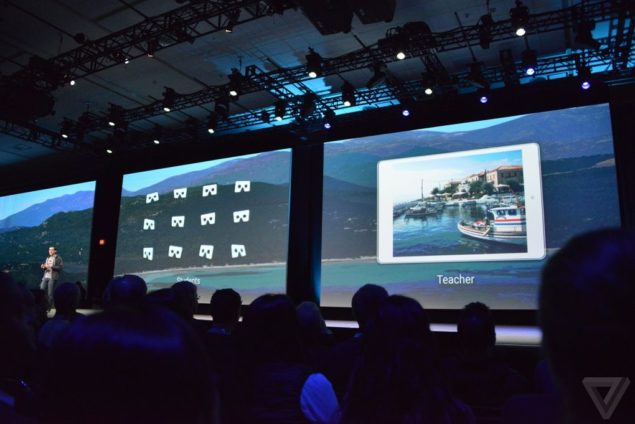 The Cardboard headset is now free of magnet controller, replaced by a cardboard button that works with every possible phone. The assembly process has been reduced and it can be made easily. The companion app for the cardboard VR headset will enable users to explore the environment of cities,  have a look at 3D objects from museum collections and given the opportunity to use the virtual Kaleidoscope. There have been a wide range of downloads reaching out to more than a million for the corresponding app.

As we mentioned before, Google's low-cost VR Cardboard headset works on iPhones which has caused the design to be altered by a little. Since approx 6 inch phones are to be accommodated, the assembly instructions have been dropped from twelve to just three. Cardboard for iOS app is available on the App Store right now, if you own a Cardboard VR headset, better download it right away. 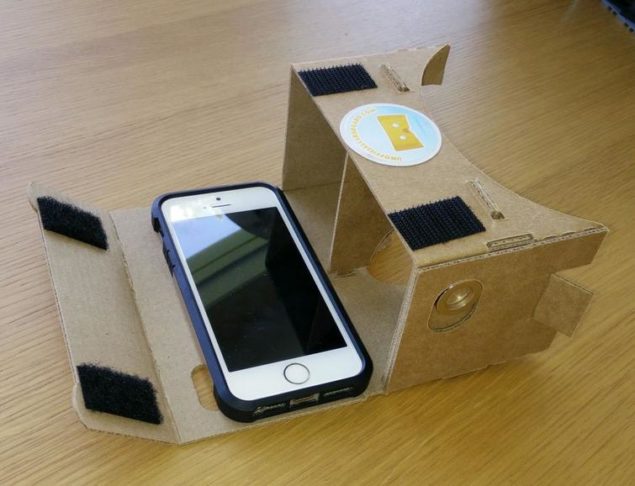 Google has wide plans for its Cardboard VR headset like school programs that will enhance younger minds to be exposed to 'Expeditions'. Teachers or supervisors would have the control over Cardboard headsets to be controlled by a tablet. This will enhance learning in a more fun sort of way.

A Cardboard basically manages a lens and a magnetic switch in a cardboard that first debuted in 2014. The Cardboard headset has been an eye catcher since than followed by an increase in number of sales. Now that it has support for iPhones, we expect the number to rise. Google's decision to widen its market for Cardboard VR headset would definitely be payed off in the future. This is it for now folks. Let us know in the comments section about your thoughts on Google's decision to introduce support for iPhones.