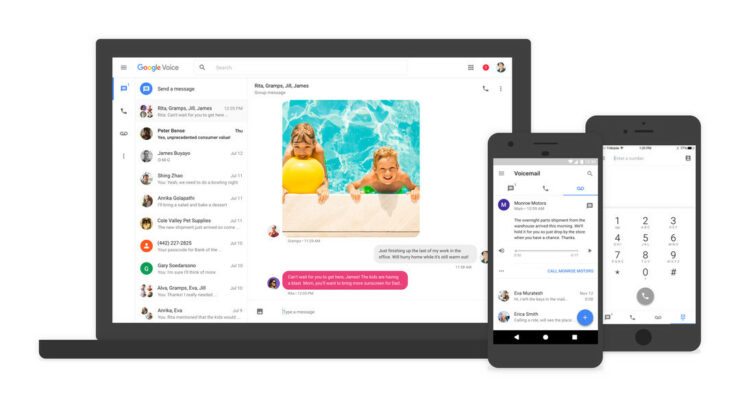 For people who work with multiple devices, Google Voice might be something that'll pique your interest. It acts as a single point of contact through which people can reach, independent of the device you're carrying at the moment. The best part is, the person on the other end doesn't need any special software installed, everything goes through as a regular call or text would.

While the prospect sounds good, there are several reasons you might not want to rely so heavily on the voice-call network. You could very well end up running low on your monthly minute allocation. The problem is further complicated in places that have a difficulty finding a reliable cellular signal. Thankfully, Google Voice is about to give users an option for a new data-only feature, for which you can sign up using this link.

You'll still have to use your phone dialer to call 911

The beta users of Google Voice can register their accounts for early access to data-based calls feature isn't live yet, but that'll change is a few days and users should receive emails with further instructions. Right now you can use your phone's regular dialer to make outgoing calls using both your SIM card and Google Voice number. Once you activate the new data-call mode, you'll instead have to initiate any calls via the Google Voice app.

One of the most notable restrictions to keep in mind is that the new feature won't work with Obihai VoIP hardware. Google also warns users who receive calls through Hangouts are required to manually mute the app's ringer, to avoid confusion between the source of the call. The most important thing to note is that fact that 911 won't work with the new data-call mode. You'll still have to use your phone's dialer for emergencies. Another minor annoyance is the fact that Bluetooth buttons cannot be used to answer/hang up a phone call. All the kinks aside, the process sounds pretty straightforward and easy enough to use.

The data-based Google Voice calls should also function with tablets and other devices lacking cellular radios entirely. Additionally, there will also be support for calls through the Google Voice web interface. We don't know if the feature is available on iOS devices yet, though Google has promised to roll it out in the future.