It has almost been two months since Apple released iOS 6 to the public and that is exactly the time it took Google to update Google Voice for iPhone 5 and iOS 6. That is right, if you're a Google Voice user, rejoice as the search behemoth has finally released a new version for the millions of you out there who own an iOS 6 device or an iPhone 5. 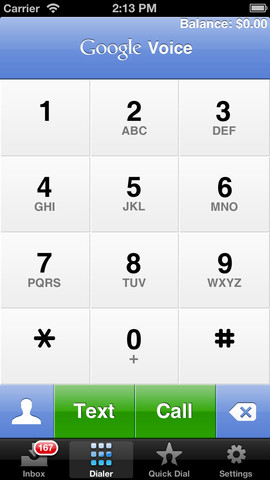 About two months back Apple finally released iOS 6 to the public. This latest and greatest iOS update brings a plethora of features for iPhone, iPad and iPod touch. As is the case with all major software updates, developers have to update their apps so that they work flawlessly with the new software. Some are pretty quick at doing that, some on the other hand choose to take their time with it.

Just last month Apple also finally released the iPhone 5. The latest iPhone model has been selling like hot cakes and reportedly it is the prime reason behind iOS surpassing Android to obtain the majority of the mobile market in USA. iPhone 5 comes with a lot of new features but the one that stands out is the new 4 inch screen. Google Voice for iPhone 5 now supports that larger screen on said iPhone model as well as the 5th generation iPod touch which also has the same sized screen.

For those unfamiliar with Google Voice, it is a service that Google offers currently only in the United States. Using Google Maps for iPhone 5 and iOS 6 you can access your Voice account straight from the iOS device itself. The app also allows you to send text messages, make phone calls as well as relatively cheap international calls. Voice mails can also be listened to using the device. The option of transcription is also available.

Google Voice for iPhone 5 and iOS 6 is available as a free download from iTunes App Store. Apart from the aforementioned updates, this new version comes with the usual plethora of bug fixes and performance improvements. iOS 4.3 or minimum is required on your iOS device for installation of this new version.