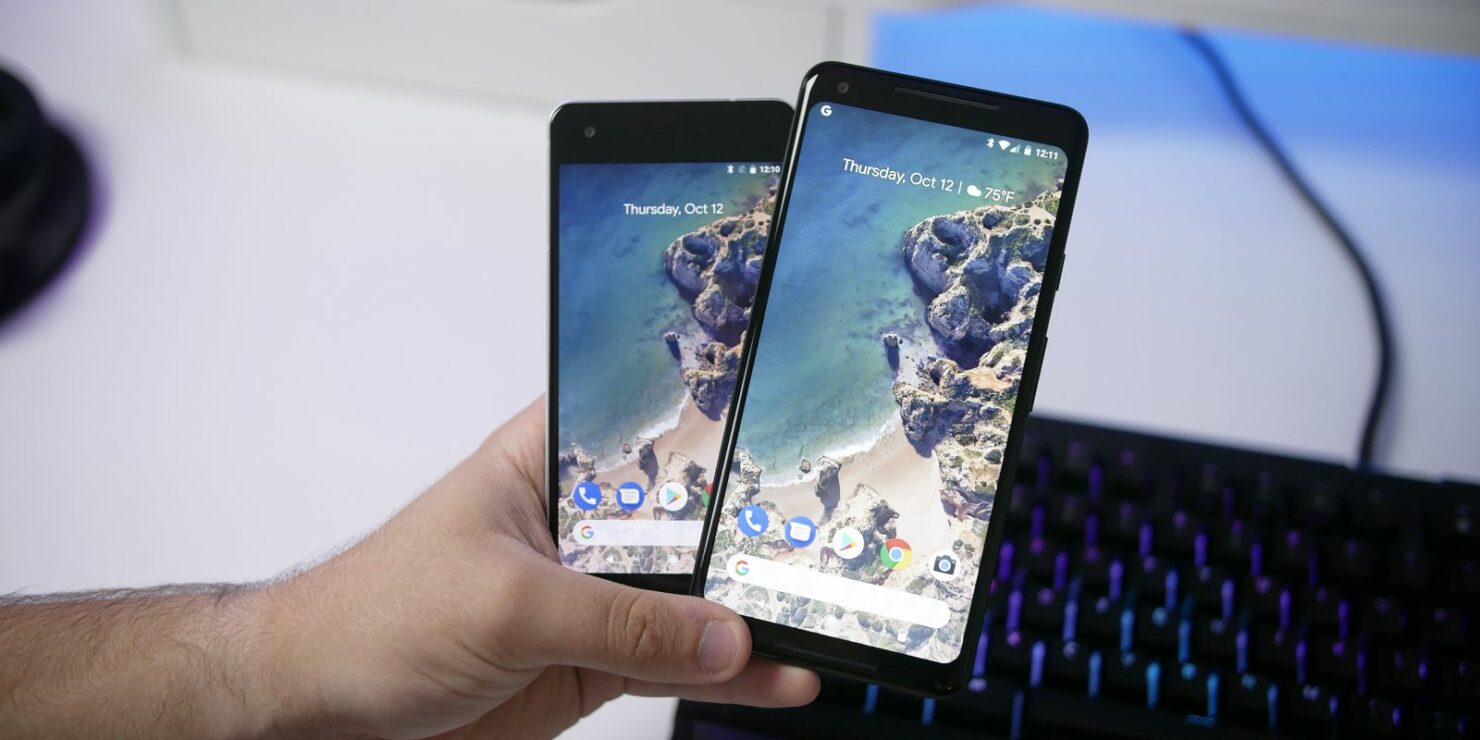 I don’t know about you, but Google is my best friend. I take Google’s help in the simplest of tasks. How to cook, how to get over procrastination and some other very ludicrous things. Google Search has hundreds of features and many of which we have no idea about. Very often we just stumble upon a new feature and then in a few days we get addicted to the feature.

Google keeps on adding new and new features and is always changing things up now and then. Over the weekend, another feature was discovered. Now I don’t know about you but I really like this feature. It is a comparison tool for device specifications. When we were kids, we used to make pros and cons lists for different questions and it really helped to have those pros and cons side by side. This is what Google did.

Before this feature, you would get basic device information in Search. This new tool compares devices with specifications side-by-side. So how does this work? You just have to search things like ‘Pixel 2 XL vs iPhone X’ or ‘Galaxy Note 8 vs Galaxy S8’ and it brings up a comparison sheet for the two devices. The sheet will include various basic statistics. Obviously you can’t expect that each and every specification will turn up. The comparison sheet will display the most important ones only. These will include pricing, screen size, storage capacity, battery life, cameras, and even network compatibility. 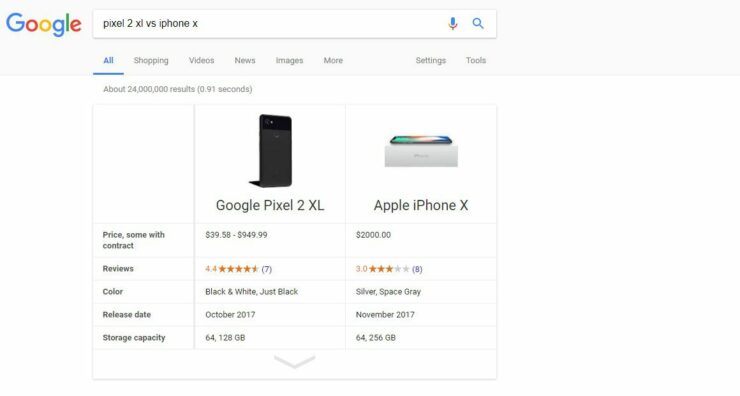 This feature will work for any two smartphones but the information provided won’t always be correct. The general specs will be correct but things like pricing will often be different. This is because of differences in carrier pricing and third party sellers. iPhone X starts at $999 but with this tool it is listed for $2000. Also, some devices like the LG V30 also won’t show up.