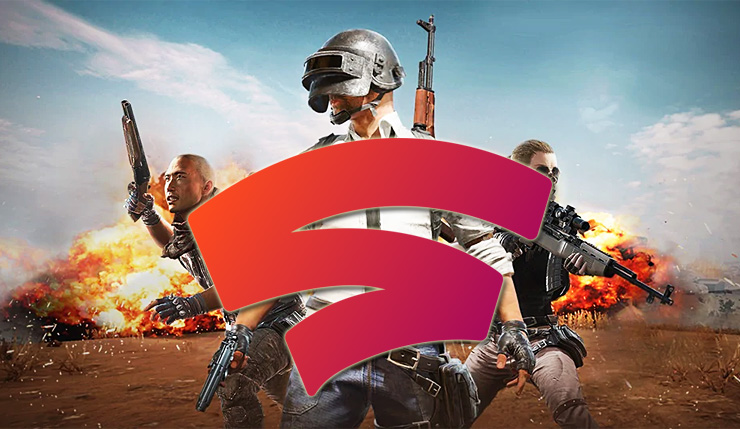 Google just dropped their latest Stadia Direct, and it included some pretty solid new game announcements. Short term, the big news is that Stadia has received its first major battle royale game in PlayerUnknown’s Battlegrounds. You can get PUBG for “free” if you’re a Stadia Pro subscriber, while Stadia Free members can purchase it for $30. The game will include all the latest updates, as well as the new Cold Front season pass, and crossplay is available. Before we move on, you can check out the full Stadia Connect show below, if you have around 20 minutes to spare.

Longer term, the big news is that Google has struck a deal to bring five EA titles to Stadia starting later this year, including Madden NFL 20, FIFA 20, and Star Wars Jedi: Fallen Order. Here’s what EA CEO Andrew Wilson had to say about bringing their games to the cloud.

Cloud is opening up exciting new possibilities for play. In partnering with Google Stadia, we have an opportunity to deliver some creative and innovative game experiences on an exciting new platform.

Meanwhile, Stadia GM Phil Harrison had this to say about the deal…

We’re thrilled to see some of Electronic Arts’ biggest hits come to the Stadia. I can't wait to play EA SPORTS FIFA, Madden NFL, and Star Wars Jedi: Fallen Order on my favorite screens instantly with the simple click of a button.

Stadia is filling in some important gaps in their library with these announcements – battle royale and sports games were definitely something they were missing. Google recently launched their Stadia Free option, which allows players to buy games and play them at 1080p/60fps without any additional subscription fee. Google is also offering two months of free Stadia Pro, which allows to play games at up to 4K and grants instant access to a rotating library of games. Once the free Stadia Pro promotion is over, the service will cost you $10 a month – you can sign up here.

What do you think? Are you willing to at least give Stadia a try given the free Pro promotion and the addition of games like PUBG?