Google Could Be Prepping Two Smartwatches, As Told By These Renders 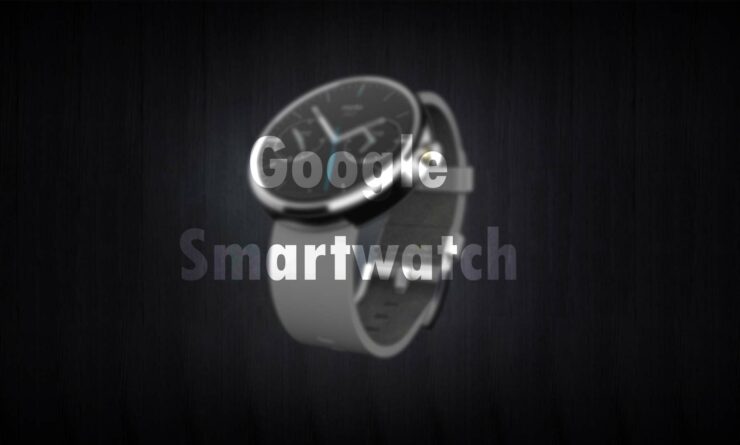 In addition to releasing a non-Nexus smartphone, two Google smartwatches might also be inbound, courtesy of the latest renders that have shown up. Both wearables are expected to sport a varied level of features, which also means that they will have different prices as well.

As you can see in the image below, it is expected that Google is working on not one but two smartwatches that will sport no company’s logo but the tech giant’s own. Since consumers have started to get acclimatized to seeing a round watch face, what better way to show these renders than by a round watch face as well. Looking at the size differences between the wearables, we have to state that both devices are going to carry different level of features and pricing.

The larger one features a size of 43.5mm and possesses the codename Angelfish. Angelfish is going to offer you a boatload of features ranging from a heart-rate monitor, GPS, and LTE modem. While we appreciate that Google is going to go through all of that trouble to allow us to gain connectivity without depending on the pairing of our Android smartphone, it’s the battery life that has us most concerned right now. Smartwatches and smartphones both share the same terrible trait of not being able to provide the user with sufficient battery life and we honestly hope that Google keeps this crucial element in its thoughts at all times. 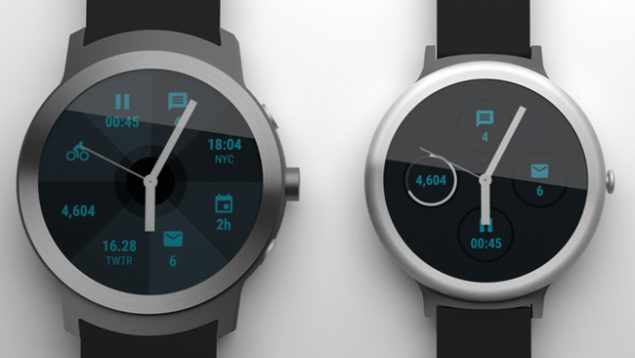 Using a wearable for LTE connectivity is also going to be a tad difficult, since the smaller screen and different OS will naturally prevent you from enjoying the same experience as you do on your smartphone. The second wearable possesses the name Swordfish and sports a size of 42mm. Compared to Angelfish, Swordfish does not have its share of features as Macrumors reports that the wearable will be void of things like HRM, GPS and LTE, suggesting that this device is going to carry a much more affordable price.

Google has not reported anything on a release date of the two smartwatches, but the company will have authority on everything such as the design and hardware aspects without any partner meddling in its affairs. Apple has done the same thing and so far, the success of the company is evidence to prove that this approach is quite an effective formula for raking in substantial amounts of revenue.