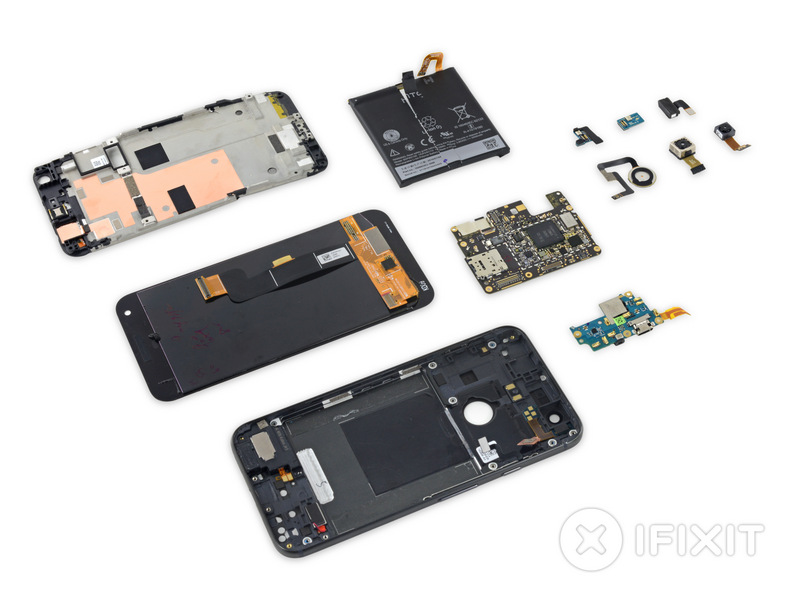 The big smartphone launch of the year was Google's Pixel lineup. The company's been taking a serious approach towards its smartphones over the past couple of years. This finally culminated in the Pixel and Pixel XL. Both the devices are intended to take on Apple iPhone lineup - a fact Google wasn't eager to disguise in its launch. Since their launch the pair has seen satisfactory reviews and today we finally get to take a look at what's under the hood. Folks over at iFixit have carried out their famous device teardown for the Pixel XL. Take a look below to learn more.

For a company whose strength isn't flagship smartphones, Google managed to pull off a decent launch this year. The Pixel and Pixel XL are decent devices in their own right. Like all other top tier mobile launches, they feature their own claims of exceptional performance. It's the camera that remained the focus of Google's launch. The company chose to stick with its strengths and packed the pair with impressive software. We saw special mention of Google Assistant and software for the Pixel and Pixel XL.

Today's post however is about what lies under the hood for the larger device. To recap, the Pixel XL features a 5.5 inch capacitive AMOLED screen with QHD resolution. It comes running the Snapdragon 821 with 4GB of RAM. The rear camera of the device has a 12.3MP sensor while the front camera comes with a resolution of 8MP. If you've been wondering what the device's internals look like, we've got a complete image set for you below.

The main highlight of this teardown is the neat arrangement of the Pixel XL's internals. In a very Apple esque manner, Google seems to have paid a lot of attention towards how the internals of the Pixel XL have been placed. They provide a very modular approach and will prove to be a blessing for repair technicians. The second interesting feature is an absolute lack of HTC branding across the device. The Taiwanese maker seems to be reduced to a mere silent partner, just like Foxconn is for Apple.

The only mention of HTC in the entire device is on its battery, which features a nice pull tab. This also doubles as a tamper evident seal, demonstrating that a lot of effort has been put in the device's design internally. The Pixel XL gets a 6 out of 10 on iFixit's repair scale. There's no Optical Image Stablization on a hardware level for the device, which sets it behind Apple's iPhone 7. Cupertino's smartphones feature custom ISPs as well. Thoughts? Let us know what you think in the comments section below and stay tuned for the latest.