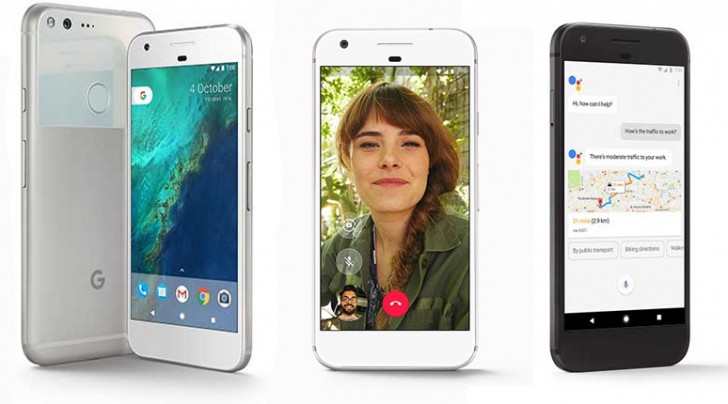 Google is on fire, announcing new gadgets and smartphones during its October 4 Pixel Event. The company has just announced two Pixel smartphones dubbed as Google Pixel and Pixel XL. The flagships are equipped with up to date internals and a boatload of goodies for stock Android junkies. Moreover, the pricing and pre-orders of the smartphones have also been shared by the search engine giant. So let's get down and see the details of how much the Google Pixel price is going to be, as well as its availability on and off contract.

The Google branded Pixel smartphones have been launched which have been appearing in the rumor mill for the past few months. The design of the Pixel is completely different from last year's Nexus lineup as it boasts metal with glass design and comes in three new exciting colors. It's good to see variation in the smartphone's design rather than refreshing last year's Nexus models, namely the 5X and 6P.

As for the availability, Google has announced Verizon will be the exclusive US carrier for Google’s new Pixel phones. Any specific pricing or promotional information has yet been confirmed. The smaller device will be available for $649, while the bigger one goes for $769. The pricing of the two Pixel phones puts them in the same category as the iPhone 7 and 7 Plus, making them their direct competitors.

The phones will be available in the United States, Australia, Canada and the United Kingdom for pre-order on October 4th. Project Fi subscribers will also be able to purchase the handset. Google also promised to sell the unlocked devices from its stores. Pre-orders will begin in India on October 13. If you're looking to get the Pixel phones on contract then you'll be charged $27 per month.

Both sizes of the Pixel smartphones boast similar specifications as it is equipped with Snapdragon 821, 4GB of RAM in either 32GB or 128GB storage options. The smaller Pixel phone has a battery capacity of 2770mAh while the bigger of the two features a 3450mAh battery, enough to get you through the day. The two smartphones are also the first from Google to feature the company's in-house Google Assistant.

These are all the pricing and availability details of the Google Pixel and Pixel XL. What do you think about the Google Pixel price? Do you think these Pixel smartphones have surpassed last year's hardware design? Share your thoughts with us in the comments.