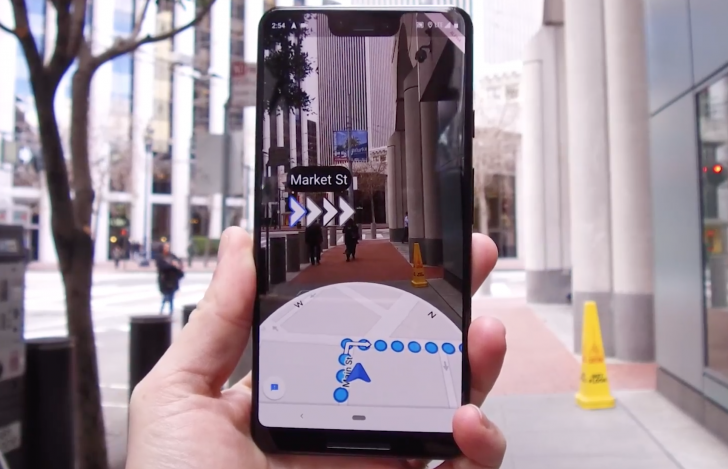 Google announced a lot of things at  Google I/O today. Lens gets a host of new features along with the Assistant. Even Maps was in for a treat after Google announced that the application would finally be fetting augmented reality (AR) features that were demonstrated a year ago. Unfortunately, they're only available for Pixel devices at the moment.

The feature can be accessed by tapping on the 'Start AR' button. After that, one has to hold up the phone to reveal arrows, indicators, and a live map that guide you to your final destination. Maps gets a phone’s coarse location via GPS, and it uses Street View imagery to narrow down the exact location. Google calls this technique “global localization.”

Maps first generates a map by taking a series of images which have a known location and analyzing them for key visual features, such as the outline of buildings or bridges, to create a large scale and fast searchable index of those visual features. To localize the device, the app compares the features in imagery from the phone to those in the database. Then, it uses machine learning to pick features that are likely to be permanent parts of the scene and ignoring things like trees, dynamic light movement, and construction that are likely transient.”

The feature was previously only available to users enrolled in the Google Maps beta who were level 5 or above in Google’s Local Guides program. We got to see it in action too, albeit in a limited capacity.

Since it uses AR, a device with ARCore functionality is mandatory. As expected, the AR Navigation mode is a massive battery hog, so we'd recommend that you go easy and avoid using it for particularly long journeys. There is no word about when it'll be available for non-Pixel devices. An educated guess would be sometime around the start of next year, or maybe even earlier, if someone figures out how to run it on a non-Pixel phone.