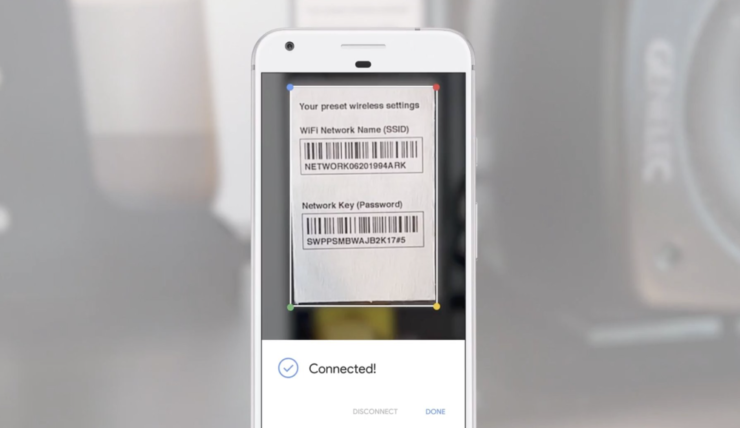 Google played big on hardware on with Pixel 2 phones, Pixelbook, Google Max, and Google Mini. But the tech giant also has something for the software. At the event, the company showed off the new Lens features that are specifically designed to offer information for whatever user points the camera at. The preview for Google Lens will roll out for Pixel phone by the end of this year, through Photos app and Google Assistant.

At the I/O 2017 event this year, Google teased the Lens tool, and today the company gave us more demo of the software. Here's what you will be able to do with Google Lens on your Pixel - just point your phone's camera at an email address on a flyer and the Lens will provide you with options like "Send an email," "Copy text," and "Create contact." You can point the camera at a book, or album cover, and Lens will present you with details such as the name of the author or measurements.

Earlier, we have seen other manufacturers coming with visual search features such as Samsung's Bixby Vision, Pinterest's Lens, and Amazon's Firefly. And also, Pixel is not the first smartphone to have such a feature; even the Moto X4 came with a built-in feature in the camera app, which can offer details about landmarks you point the camera at.

Of course, Google Lens has the upper hand with the power of Google search and other tools. All the additional features on Google Lens make it more comprehensive and nifty that will be enough to attract users. Later this year, Google will roll out an update to both Assistant and Photos app that will add the Lens feature.

We think Google Lens will bring a broader purpose to image search as you can just point your camera at anything and fetch information instantly. It will be more helpful for the travellers as it can come handy when exploring places.