Google Lens is making quite a name for itself. A few days ago it received a pretty nice update that would allow the users to simply copy and paste what they have written on their notes to their computers. Granted, you would need good handwriting for the software to recognize it but it was still a pretty nice feature, to begin with.

As it turns out, for the sake of education, Google is testing another new feature pertaining to Google Lens that will help users solve math problems and not just that, look up buildings as well.

The feature is not officially available yet, but XDA's editor in chief Mishaal Rahman has managed to make it work. The feature is aptly named Education mode and it helps everyone look at math problems using Google Lens and solve them. 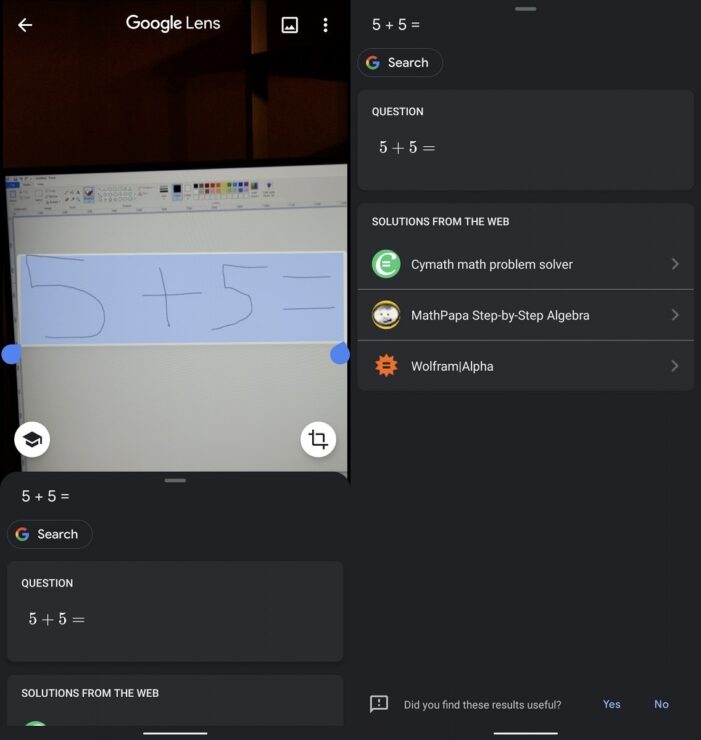 You can see the screenshot below to see how Google Lens' Education Mode works. All you have to do is point your phone's camera at the problem and it is solved. This is not the first time we are seeing such an app. There is a popular app called Photomath app that is available on both Android and iOS that lets you do that.

However, unlike Photomath, Google Len's Education mode actually brings up more search and tells you just how the process was done or how the solution was found. At the time of writing, it is important to know that we are not sure if this feature can actually solve complex math problems as Photomath can.

Education mode is not the only feature Google is bringing. Mishaal managed to find another mode called Places in Google Lens. This mode, as the name suggests, will help recognize famous landmarks. However, as reported, the feature is not working properly at the moment but we expect Google will fully polish it once the version supporting both of these modes is finally available in the market.

Google Lens is certainly becoming the app many people would be using in the future. As a matter of fact, we can see ourselves making use of some of the features, too. After all, convenience is key, and Google is providing it with Google Lens.