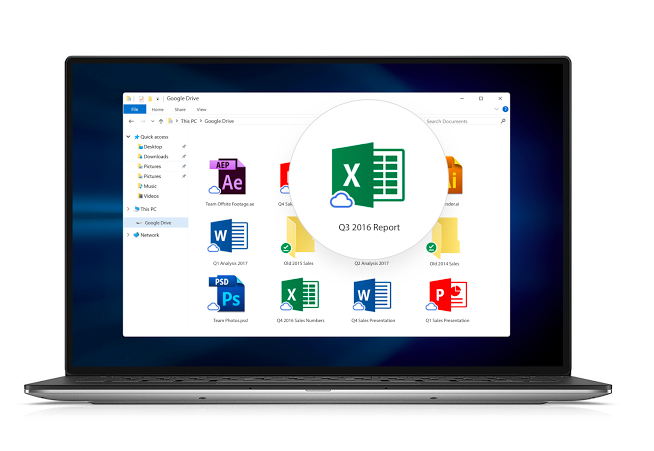 Google launched Backup and Sync back in July for regular consumers as it replaced Google Drive for Mac/PC. Meanwhile, Google was working on a standalone client for fulfilling all the business requirements. Today, after months of testing, the tech giant has finally launched the Drive File Stream desktop app for Enterprise G Suite users.

Drive File Stream is quite different from Backup and Sync as it does not save data locally. Instead, it streams the data on-demand - including My Drive and Team Drives. Users can still browse the stored files in the Drive File Stream through their native file browser - Finder (for Mac) and Explorer (for Windows), but files only get downloaded when you open them. It means that these files stay in your local file browser, but you will still need download them and then view.

For G Suite users, Backup and Sync still works fine, but Drive File Stream may be a better option for enterprises. By using Drive File Stream, businesses can lower down space consumption on their local drives and disk space. It will also minimise the sheer amount of work that goes into downloading files and then syncing them with cloud storage.

With this launch, Google has officially deprecated the Google Drive app for Mac/PC. Starting from October, users of Google Drive will get warnings, and support will finally end on December 11, 2017. While on March 12, 2018, the old Google Drive will completely shut down.

Drive File Stream has been available to early adopters since March, and now it is being extended to regular G Suite users. It will be up for purchase starting from September 26, but enterprises can download it today and enable it for their systems.

For the users on Google Drive app for Mac/PC, here is what Google has to say:

A few important things to note: