"We could have done a larger iPhone years ago," Cook said. Larger screened devices have been commonplace in the market for a long time before Apple's launch of the iPhone 6 four days back. "It's never been about just making a larger phone ... it's been about making a better phone in every single way. And so we ship things when they're ready, and we think that both the display technology here, the battery technology, but all — but everything else and the software."

Apple followed the same rule with the launch of the original iPod in 2001. The late Steve Jobs well known for his strict attention to detail and uncompromising nature reportedly had Cupertino examine all the mp3 devices available in the marketplace at the time. The iPod was then created in a manner that fulfilled everything that Jobs believed the devices were lacking in. 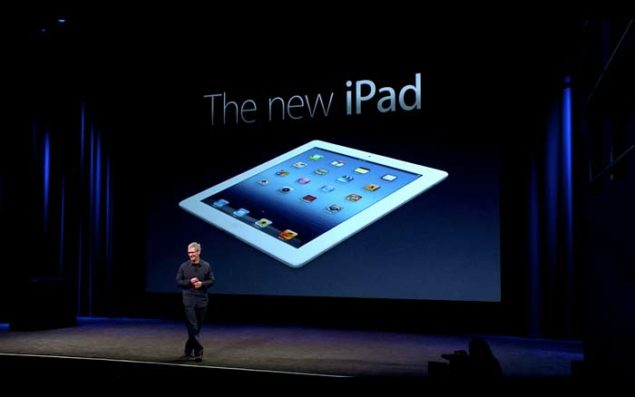 Cook also commented on the Apple Watch, Apple's first attempt into the smartwatch market. Even though the demand for smartwatches is not that strong at the moment, it has become a norm for smartphone manufacturers to introduce their devices. Samsung, LG, Motorola all have their devices available in the market.

Cook also said that the Apple Watch contains 400 - 500 components on a single chip. Many fitness experts have expressed disappointment at the Apple Watch's ability to cater to fitness needs and said that the device could do more. Commenting on Samsung and Google, Mr. Cook said that he considers Apple's main rival to be Google rather than Samsung.

When asked why, he replied that it is Google that supplies Android to Samsung and other manufacturers. Mr. Cook also promised a variety of new products from the Cupertino based manufacturer saying that there is a diverse portfolio of blow away products that nobody knows about and aren't even rumored yet.