Google and Intel are all set to make another Chromebook announcement this Tuesday. Previously the two had collaborated in September last year at the when four Haswell powered Chromebooks were announced. HP,Acer, ASUS and Toshiba announced their respective Chromebooks at the IDF last year. With the announcement of another joint appearance on 6th May, speculations are rife as to what is to be expected this time round, as Chromebooks are laptops running Google's Chrome OS. They are built primarily for educational use and represent a small yet growing sector of the market. 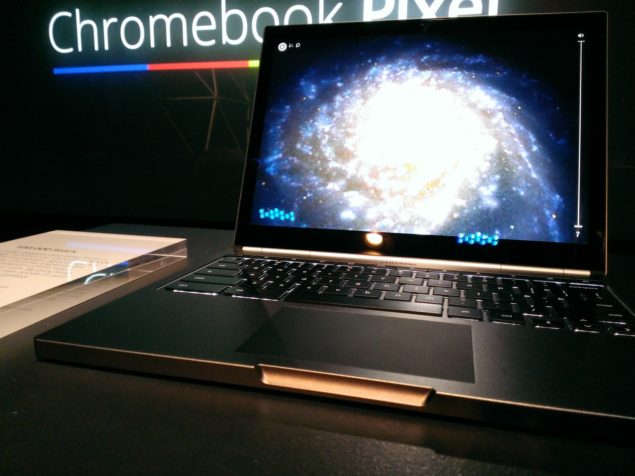 New Chipset to power the fabled Chrome OS Tablet? New Generation of Chromebooks Based On Broadwell?

Speculation is rife about the possible revelations to be made this Tuesday. Chromebooks captured 21% of notebook sales in the United States and 8 % of the entire PC and Tablet market in 2013 according to a report by the NPD (formerly National Purchase Diary) group, which is known for its trusted market surveys. Google's Vice President product management for Chrome OS Caesar Sengupta and Intel's Vice President and General Manager for mobile computing Navin Shenoy will be present at the session. As for speculations, there are a lot of possibilities which might come as an end result. First of these is a upgrade to the existing Chromebook models in the market. They will feature an upgrade to Braswell, from those currently running Haswell. Another possible announcement might be an update to Google's crown jewel, the Chromebook Pixel.

Google and Intel might also be focusing to cater to the needs of more resource demanding users of the Chromebook. This would fall in line with Google's recent diversification of the Chromebook, with a deal with VMware for softwares to allow companies to run Windows on Chromebooks. And speaking of Windows, with Chromebooks starting to become the new deal in mobile computing with being two of the best three selling laptops selling on Amazon in the holiday season, this should also be a new potential worrier for Microsoft. Announcement of an Intel chip powering a Chromebook Tablet will also help Google penetrate the high powered Windows tablet share that the company currently holds. Whatever the announcements may be, one thing we can be sure of is that mobile and laptop computing are rapidly evolving, and both Intel and Google can not be expected to not utilize this change effectively.