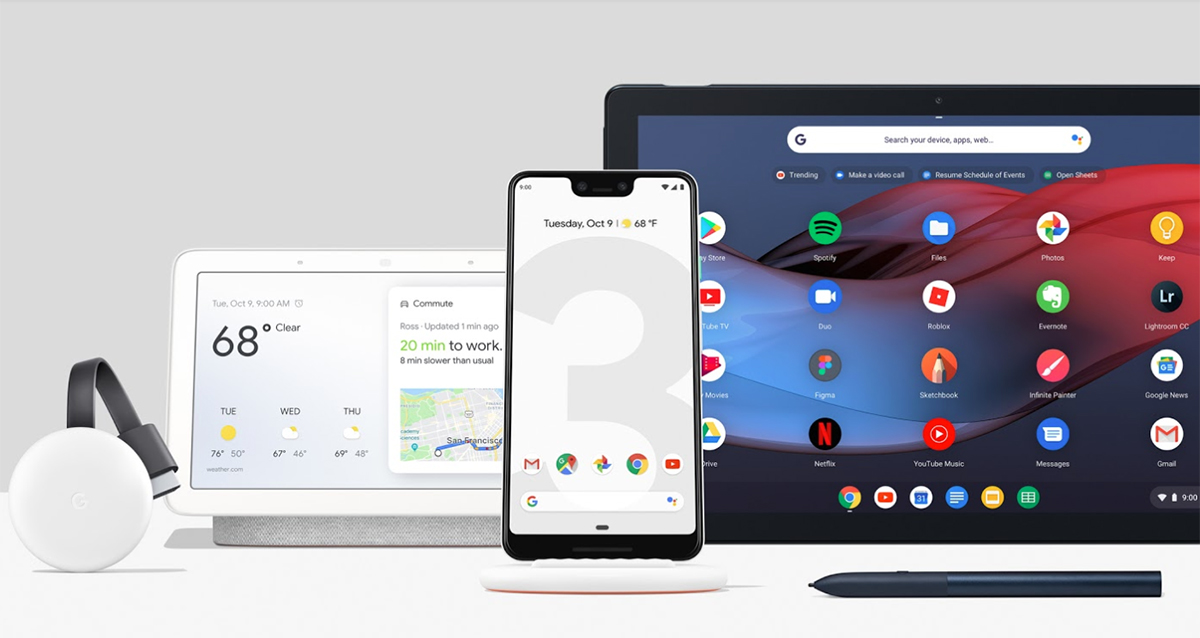 Although a whopping 85.8 percent of Google’s parent company Alphabet’s revenue comes from advertising, its hardware business has also started to show promise. According to RBC Capital Markets, the Made by Google program, under which products like the Pixel phones, smart speakers, Chromecast streaming dongles, and Nest cameras are produced, the company garnered a profit of nearly $3 billion this year. It is estimated that the profit from the hardware division will continue to rise in the next few years, before slowing down in 2021.

According to analysts, the hardware leg of the company earned revenue of $8.8 billion in 2018, which amounts to a profit of $2.98 billion after all the required deductions. The cash cow this year was Pixel, with a gross profit $1.78 billion. It was closely trailed by Google Home, which brought in a gross profit of $847 million. The other star products were Nest and Chromecast, with a profit of $245 million and $110 million, respectively.

RBC has also provided estimates for the upcoming years and predicts that the company will earn $19.5 billion in revenue in 2021 and enjoy a profit of $6 billion. The bank expects the Google Home lineup to overtake its Pixel smartphone series by next year in terms of revenue, but smartphones and laptops are more likely to earn a higher gross profit. The hardware unit can also help Google push its AI features. 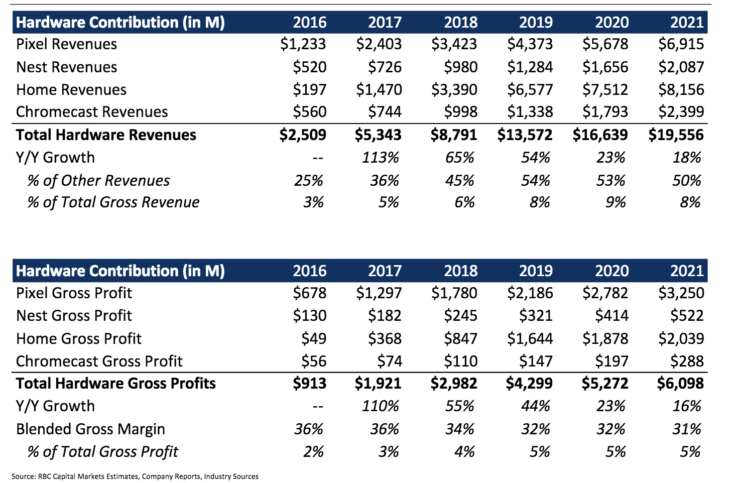 The recently introduced Smart Displays are already gaining a lot of traction and the addition of new products to the company’s ecosystem will help Google give a tough time to the Amazon Alexa lineup. Moreover, the popularity of the hardware unit can help Google find more avenues to serve ads.

It is worth noting that these are all unofficial estimates and might not be representative of Google’s actual earnings. That being said, the hardware unit is indeed proving to be an important division for the company, even though it hasn’t found a home-run product this year. Google’s Pixel 3 and Pixel 3 XL have also exhibited a series of problems and for devices that are stamped with a hefty price tag, the company should exercise thorough quality checks well in advance.

Which product category do you think will contribute the most to Google’s profit in 2019? Tell us your thoughts down in the comments.