While driving, we face a lot of hurdles that can potentially damage our car, and one of those hurdles is, you guessed it, a pothole. And if your driving style is anything close to mine, then you might've stumbled across a pothole or two under your wheel. But fear not, Google is here for our rescue, as the company has filed a patent for a way to track potholes across the United States using the car’s GPS and other sensors. The car detects damaged parts of a road, making it easier for users to travel smoothly; this information will then help the GPS to give the user an alternative and less bumpy route which will be more comfortable. 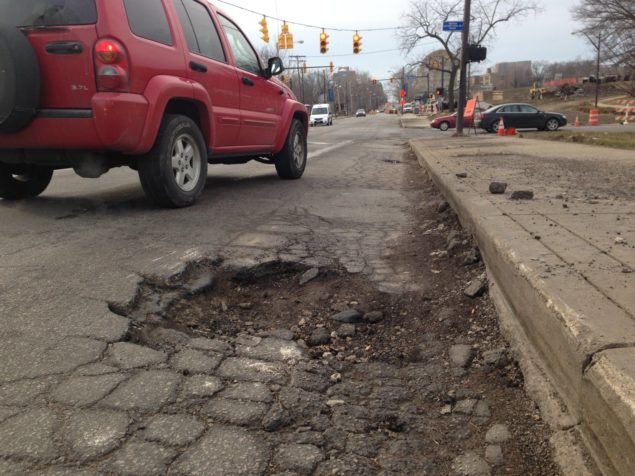 Potholes can damage your car’s steering alignment, and larger ones can prove fatal for your suspension, and henceforth can cause jams on an already slow moving road. For improved navigation the database will be updated according to the road quality which will be automatically monitored by the system. By monitoring vibrations, Google will help drivers through the database to change their routes and take a smoother one.

Nowadays, most vehicles have a GPS navigation system and that can be used by drivers to obtain information about the particular routes which they use, fuel and evidently money can also be saved by not spending time on bumpy roads. According to a survey America loses approximately $87 billion annually due to loss in time and fuel on overcrowded roads.

Potholes create traffic blocks, cause accidents and also damage vehicles significantly. According to Gizmodo, Google will do a “great job by introducing such a feature” which is very beneficial. The idea is simply awesome and Google has already started working on the system.

Another program by the name of Street Bump is running in the city of Boston which is doing more or less the same work as Google is, but if the search engine giant's plan ever comes into action it will obviously be more reliable.

Let's hope that Google does not limit this to the United States only, because we need such a system in place in majority of the countries where road conditions are just satisfactory at best.

Let us know what you think about the new in the comments section below. Do you think such a system would do wonders for drivers?