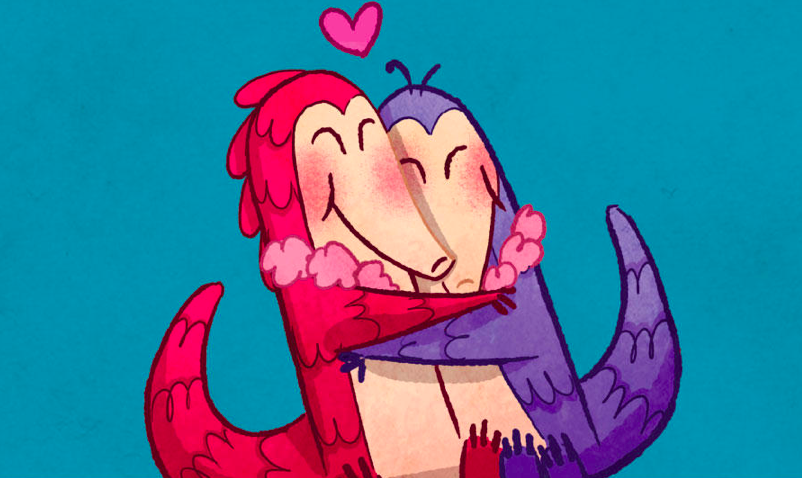 Google wants to spread the adoration with playable Doodle to celebrate Valentine's Day. This time around Google has turned its Doodle into an interactive love game, which raises awareness about the imminent extinction of Pangolins.

The Doodle has been turned into a really cute game, which is based on a love story of two Pangolins soulmates who are away from each other. The outline of the game is to bring these two lovers together by completing a set of activities, which is in the hands of the player. The game consists of four levels, and we must tell you that the Pangolins in the game are so adorable that you won't leave any stone unturned to complete their love story. It can be played on both mobile and desktop.

Pangolins are the only scaly mammals on this planet and are also the most trafficked ones. To raise awareness about the extinction issues being faced by these adorable animals, Google partnered with WWF (World Wildlife Fund). On its website, WWF states:

"Pangolins are the most-trafficked mammals in the world, in high demand by consumers for their meat and their unique scales. More than one million pangolins have been illegally taken from the wild to be used in fashion products and purported medicinal remedies."

In the game, the two Pangolins travel through regions such as India, China, Ghana while collecting treats like cocoa beans, ribbons, musical notes, and much more. The game consists of lovelorn activities such as baking a cake with love, creating romantic melodies, and dancing to the rhythm of the heart. The game completes when the player excels at finishing all the romantic activities.

Another fun fact about Pangolins is that they curl up into a tight ball whenever they sense danger around. Their sharp scaly skin helps them in staying protected from the external attack. There is also a link in the game, which allows players to donate directly to the World Wildlife Fund for Pangolins protection programme.

Here's the link to the Doodle game, play it with all your love and let us know if you liked it. You can share your views in the comment section below.