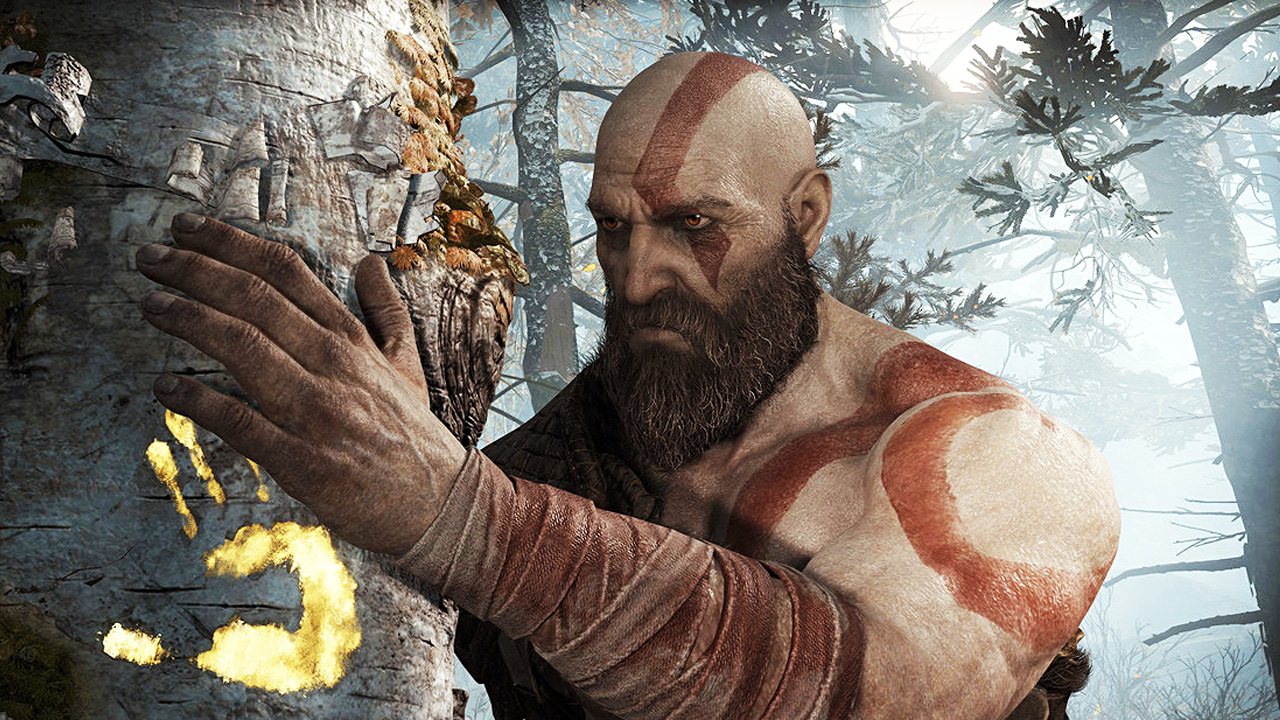 2018’s God of War comes to PC in just a little over a month, and it seems Sony is really looking to push the game on the platform, with higher-detail assets, better lighting and shadows, uncapped framerate, widescreen support, and more. You can check out a 4K God of War PC trailer showing off some of the game’s new visual flash, below.

Here’s a full rundown of the new features you can expect from the PC version of God of War. Do note, this PR comes courtesy of NVIDIA, but don’t fear – AMD FSR is supported in addition to DLSS…

When God of War launches on PC in January, you can use DLSS to boost your frame rate, allowing you to enjoy this amazing game with graphics maxed out. Graphically, there are higher-resolution shadows, improved screen space reflections, enhanced Ground Truth Ambient Occlusion (GTAO) and Screen Space Directional Occlusion (SSDO) effects, higher detail assets, and higher rendering resolutions, making the God of War world look even more spectacular. Plus, the frame rate is fully uncapped, for a smoother, faster presentation. You can play in HDR on G-Sync and G-Sync Ultimate gaming monitors, TVs and displays, and in 21:9 panoramic ultra-widescreen, for the most immersive experience possible.

Not sure if your rig is up to running God of War will all the bells and whistles? Here are the game’s PC requirements (click the image for full resolution). 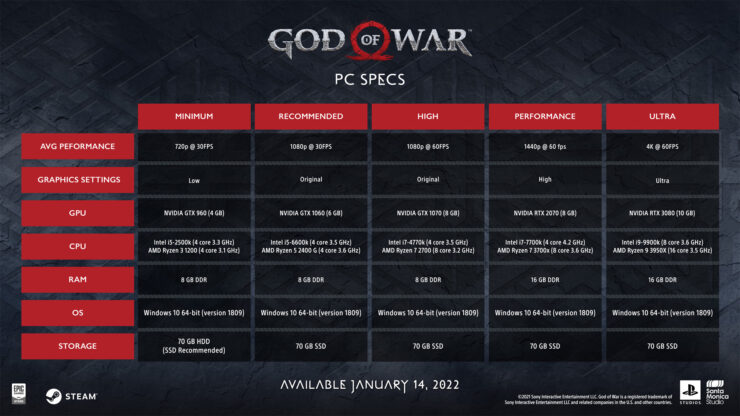 Yes, once again we’re only getting NVIDIA info. That’s unlikely to change given the marketing deal between Sony and NVIDIA. That said, here’s a more limited set of requirements that also include AMD GPUs.

God of War is currently available on PS4 and playable via backward compatibility on PS5. The game arrives on PC on January 14, 2022.