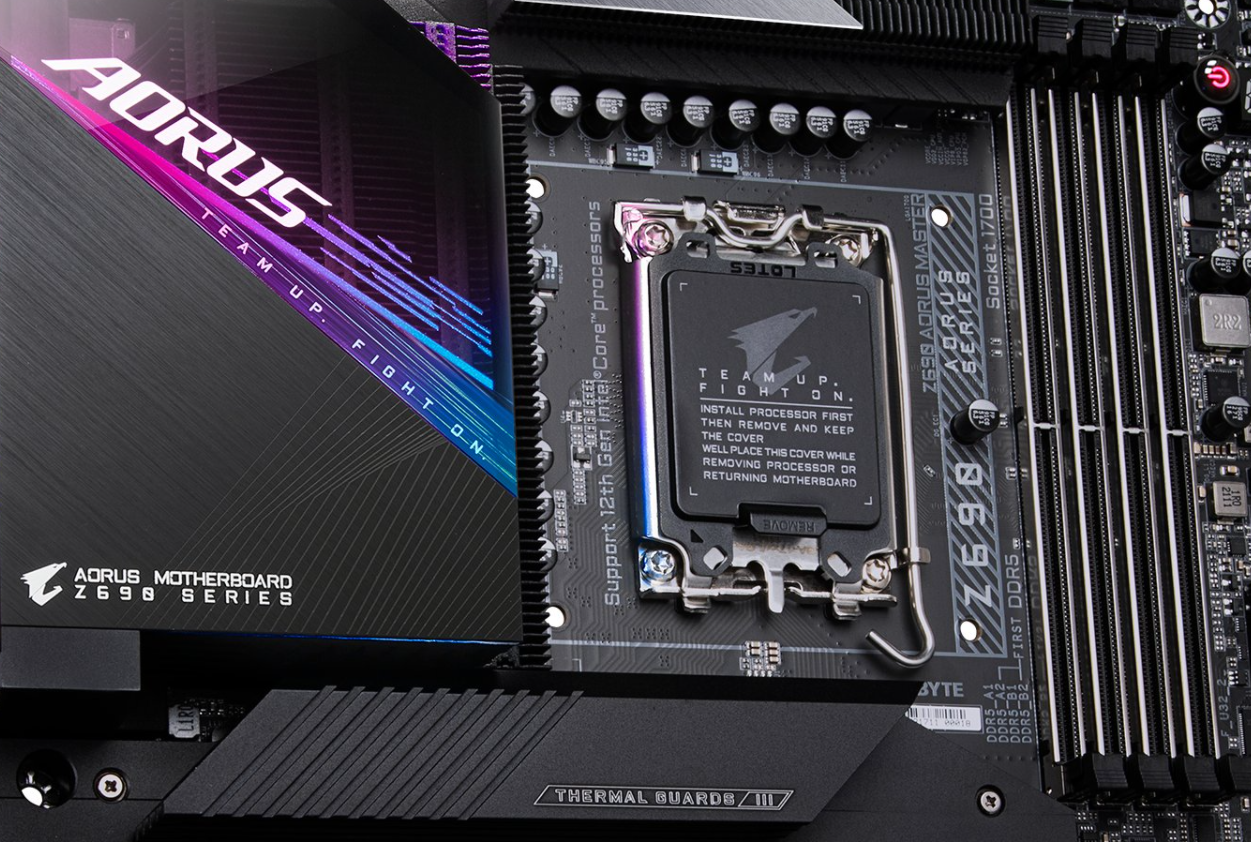 Gigabyte's high-end AORUS motherboard, the Z690 Master, has leaked out and pictured in all its glory.

The Gigabyte AORUS Z690 Master motherboard comes with the LGA 1700 socket and will support Intel's 12th Gen Alder Lake Desktop CPUs. The socket is powered by a high-end power delivery and gets juiced up by dual 8-pin connectors featuring metal shielding. The power delivery is cooled off by an impressive heatsink solution which is part of AORUS's latest Fins-Array III design and comes with multiple finned heatsink blocks featured right above the VRMs. You can also get a nice view of the heatsink under the I/O shield cover as it has a slight acrylic glass touch to it. 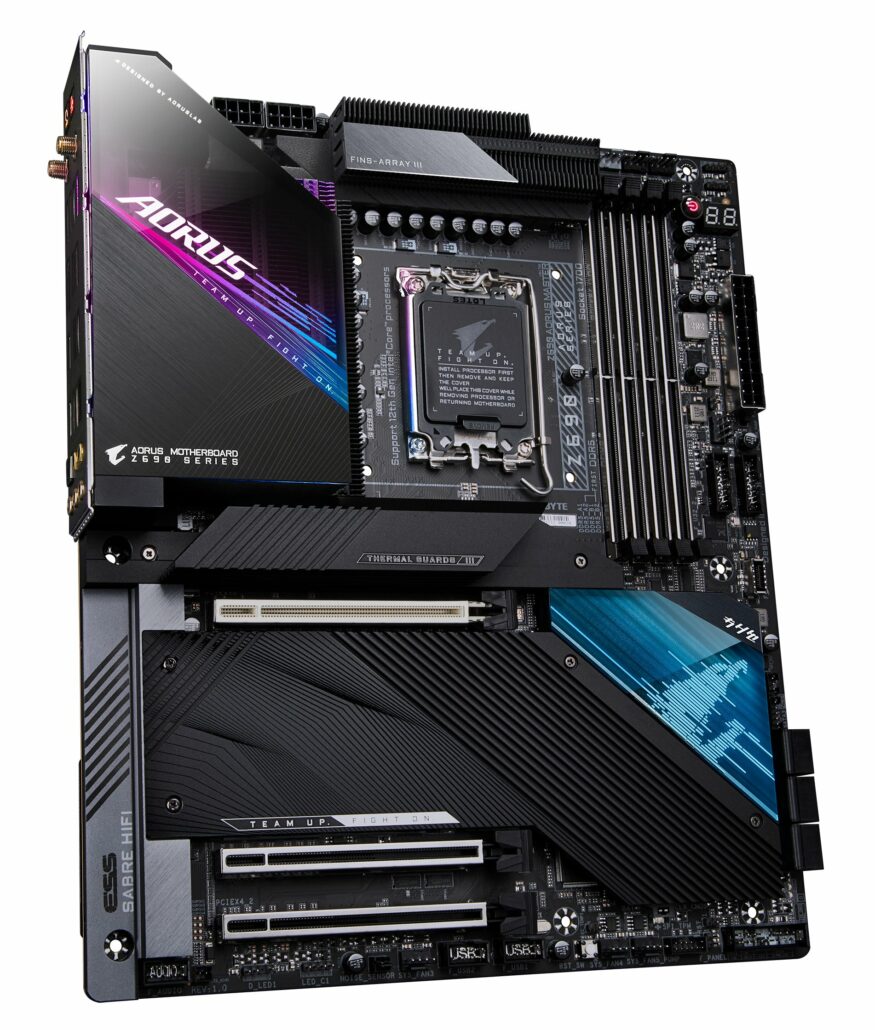 There are four DDR5 DIMM slots on the motherboard which come with metal shielding too. The board will be able to support some insane memory clocks out of the box. As for expansion, you are looking at a single PCIe 5.0 x16 slot which is colored white, two PCIe 4.0 x16 (x4 electrical), & three M.2 slots. The Z690 PCH along with the triple M.2 slots are cooled off by Thermal Guard III cooling solution which includes a massive heatsink. The PCH heatsink comes fused with Gigabyte's Fusion RGB technology and you can see the AORUS logo and labels on the heatsinks too.

Other features include 6 SATA III ports, dual USB 3.2 Gen 1, and a single USB 3.2 Gen 2 front-panel header, a power on/off switch, and a Debug LEG. This motherboard comes in the E-ATX form factor which means that this gen's Master series will offer a bigger punch than previous offerings. On the rear side, you can see that the motherboard has BIOS flashback switches, WiFi 6E connectivity, and tons of USB ports. Judging by the design, this motherboard should cost around the $450-$500 US price range easily. 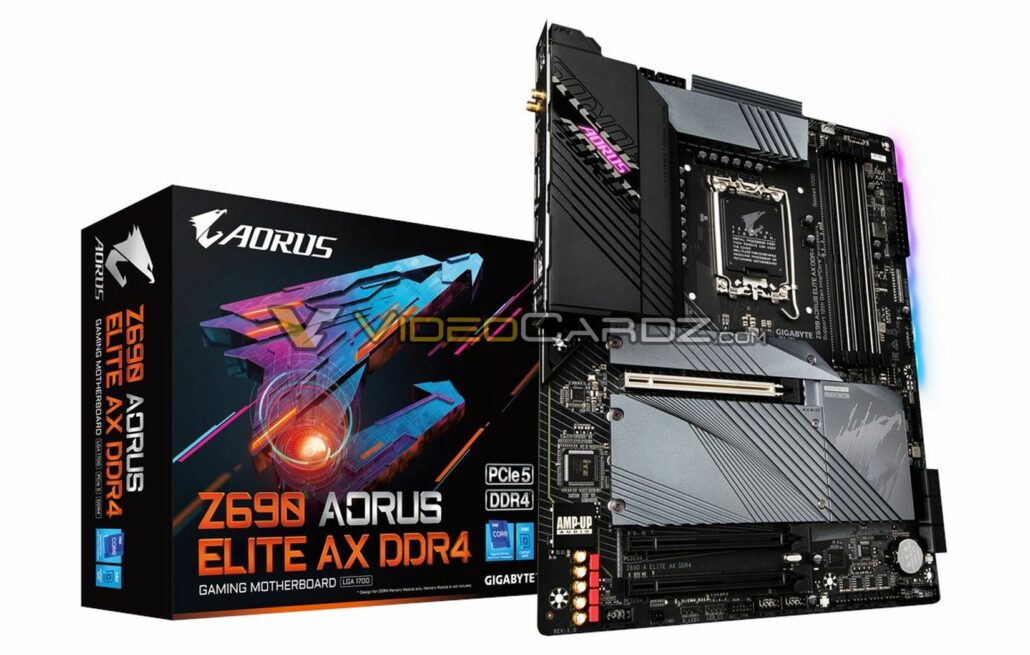 Videocardz also managed to obtain pictures of the Gigabyte Z690 AORUS Elite AX DDR4 board that features a more mainstream design and comes in the standard ATX form factor. The motherboard has an 8+4 pin connector configuration leading directly to the LGA 1700 socket, triple PCIe x16 slots (1x Gen 5.0 x16, 2x Gen 4.0 x4), triple M.2 slots with Thermal Guard III heatsinks, and 6 SATA III port configurations for storage. The motherboard does carry wireless connectivity and should retail get priced at around $250 US.