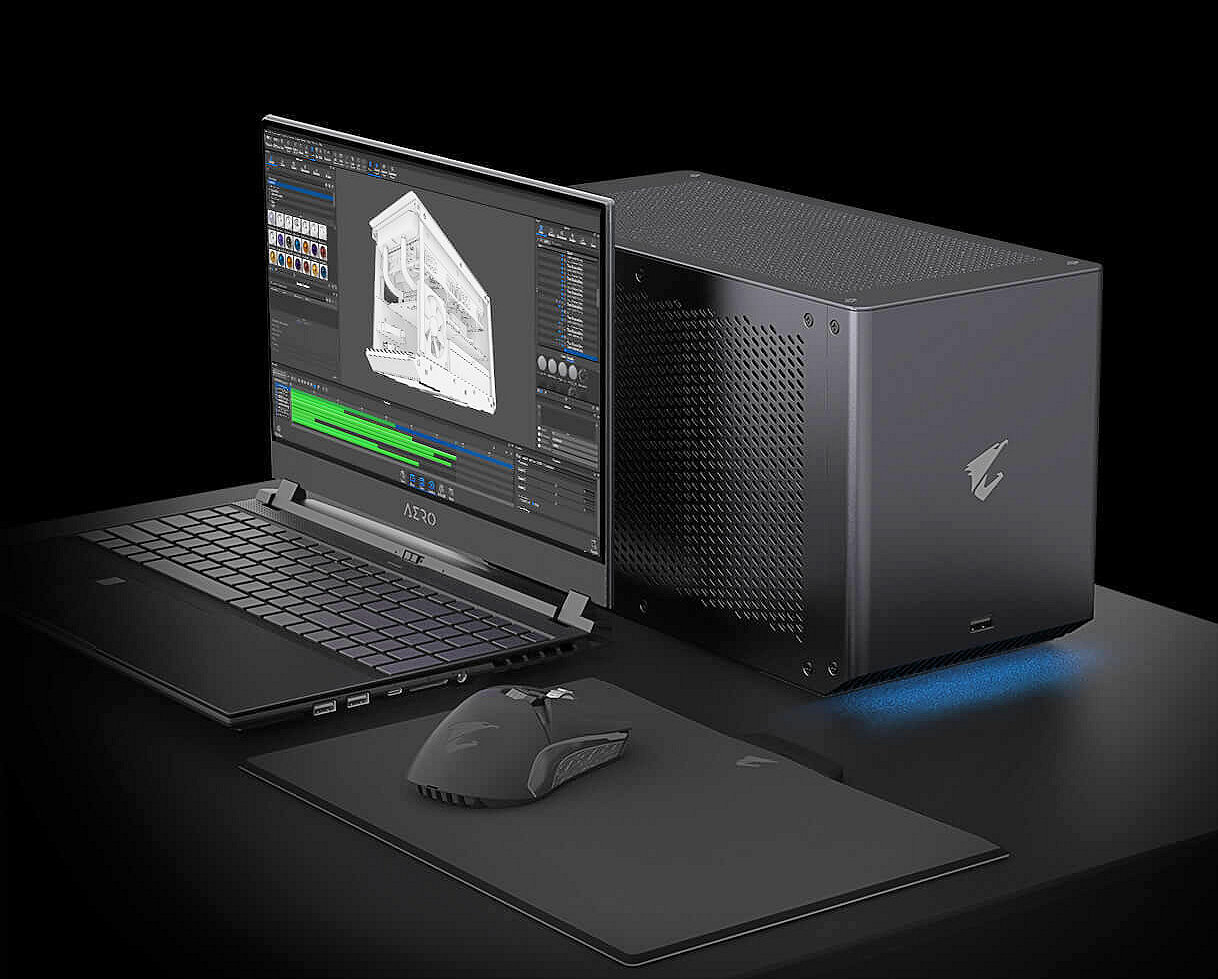 The AORUS RTX 3080 Ti GAMING BOX debuts a built-in all-in-one water cooling system. This is the first time ever that an external graphics box features a water cooling system. It features the AORUS WATERFORCE cooling system which allows for great performance in a compact form factor. It features an optimized pump and water block with a large copper plate, it provides the most efficient water flow and cooling performance at a lower noise level. Not only does it cool the GPU, but it also cools the VRAM and MOSFET to ensure a longer lifespan. The all-around cooling solution that Gigabyte has brought features a 240mm aluminum radiator with two 120mm fans all in a compact form factor.

On top of the superb cooling, it features the Thunderbolt 3 high-speed transmission interface for the best in class connectivity. This allows gamers and creatives alike to transfer the power of a full-sized system into an Ultrabook with no downside. Gamers can now play games with RTX enabled on an Ultrabook, something never seen before. Connection won't be an issue either with a built-in network chip. Creators using an Ultrabook can also harness the power and perform tasks normally done on a PC such as video editing, rendering, and much more. For all those who like RGB, the AORUS GAMING BOX features a little RGB lighting controlled through the AORUS engine and RGB Fusion 2.0. The NVIDIA GeForce RTX 3080 Ti inside the Gaming Box does not come factory overclocked, so it features the default boost clock of 1665 Mhz. The display output ports on the Gaming Box are three DisplayPort 1.4 and two HDMI 2.1 ports.

The AORUS RTX 3080 Ti GAMING BOX has been listed on Gigabyte's website, but details including price, availability and release date are still unknown.