Pictures and Benchmark of Gigabyte's upcoming Geforce GTX 590 have been unveiled. The new GTX 590 from gigabyte which is named as GV-N590D5-3GD-B uses the reference design cooler and is pretty much the same as the Asus GTX 590 which was leaked a while ago with only the sticker on the cooler shroud bearing the Gigabyte Tag.

The most interesting thing about the card is its packaging which is quite a huge solid case. You can see the card along with a mouse bundled within the case which is a pretty good addition by Gigabyte, Hope it doesn't costs extra. Beneath the card and mouse would probably be the molex connectors, Manuals, Display connectors and the Drivers disk. Maybe a game would be bundled with it but for the final details we have to wait till 24th March for the final release.

Benchmarks have also been revealed of the same Gigabyte card which shows some very interesting details and performance specs of the card. The card is put up against a Basic(830mhz) and Oc'ed(880mhz) variant of the HD6990 and a stock Geforce GTX 580, Keep in mind that the GTX 590 is also kept at stock. Results are pretty impresive, All the benchmarks were done on 1920x1200 resolution. Although the GTX580 is keeping up in the games but still the dual GPU's based cards are way ahead of it.

One thing you can notice in the benchies is that although the card is giving a great blow to the rival in DirectX 10 but performance in DirectX 11 isn't as good. You can see below that the card lacks a bit in 3D mark 11 and Unengine Heaven Benchmarks which are totally DX 11 Based. Maybe newer driver updates will solve this issue out. 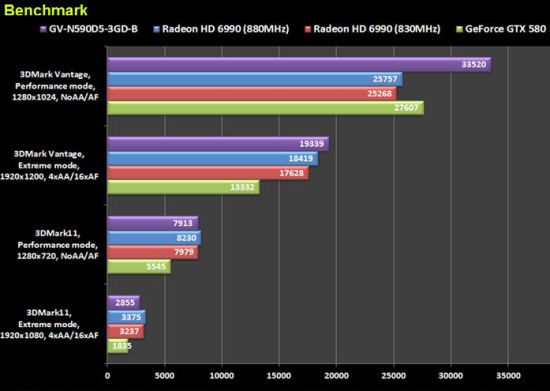 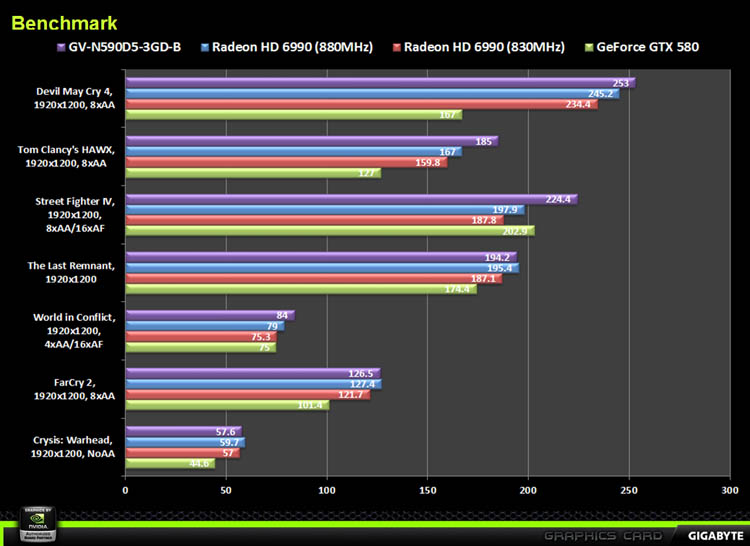 The GTX 590 is even beating the OC'ed variant of the HD6990 in titles such as DMC4, Street Fighter 4 and HAWX by a difference of 10-20 + FPS while losing by only a few 1-4 in Crysis Warhead and FarCry 2. However this shows that even a slight overclocked variant of the card can beat the AMD Rival by a mile. But Being a hot card based on dual GF-110 core means that overclocking maybe a bit limited. Also paying a 100$ more for only a slight difference would worth it or not? I say it would as of Nvidia's extra features such as CUDA, Physx and 3D vision.

The card will be launched after two days on 24th March 2011 and reviews would be out with in a day of its release. 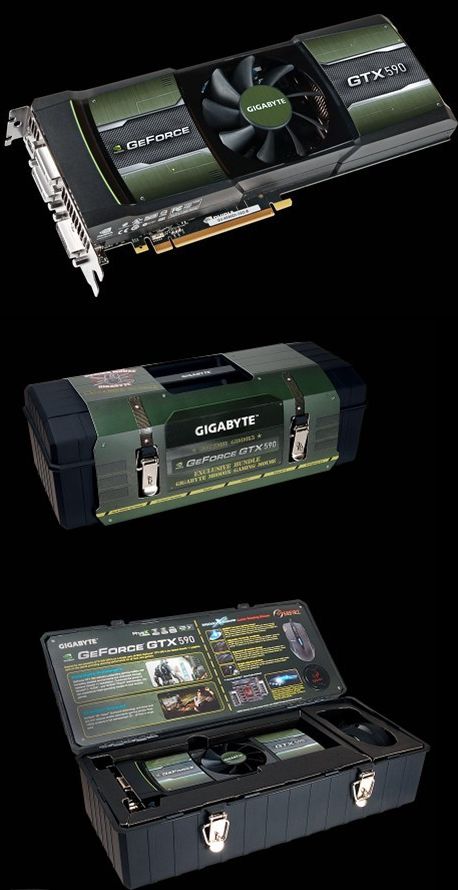 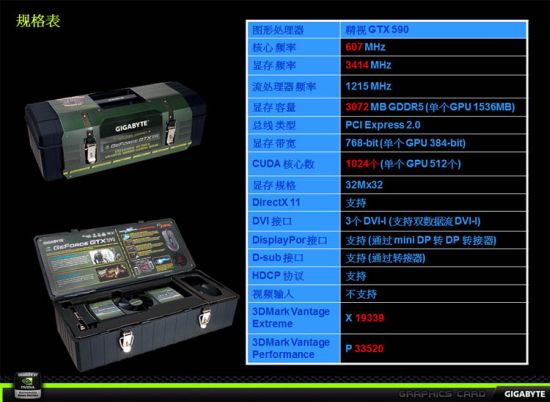