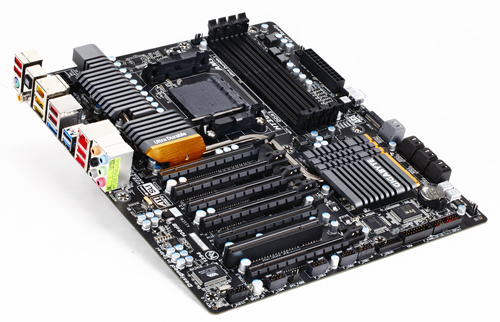 We already detailed the Gigabyte's upcoming GA-990FX-UD7 motherboard here, Looks like Gigabyte just made it official and detailed each and every bit on their official homepage here. The motherboard being based on AMD 990FX + SB950 southbridge chipset will support the upcoming Bulldozer (Zambezi-FX) Processor through the AM3+ Black socket also compatible with AM3 Phenom processors and is also likely to be Gigabyte's flagship offering of its 990FX lineup.

The motherboard features Six PCI-e x16 slots with 2 Running on full x16 mode, 2 @ x8 and 2 more @ 4x mode. The board can support Quad-Way SLI/CrossfireX Graphics card setups, A single Conventional PCI slot included for additional sound and lan cards. The motherboard is powered by a 8+2 phase VRM design fitted with top of the line cooling heatsinks connected together with heatpipes for better heat transfer. The AM3+ logo also shows that all of Zambezi-FX processors are unlocked out of box featuring unprecedented overclocking performance. Additional Over-Voltage Control ICs, Debugging LED's, high quality solid state capacitors, inductors with Ferrite Core and digital MOSFETs (SiC769CD) make the board a overclocker's heaven.

The Four DDR3 memory slots allow for Dual Channel memory support with frequencies of 2000Mhz+. Being high-end, The board includes Dual-Bios which allow for easier overclocking damage failure recovery and also the "Hybrid EFI" allows upto 3+ TeraBytes of HardDisk space to be installed without the need to Partition and also enables for more data storage on a single HDD drive. The 990FX provides 6 USB 3.0 ports on the I/O panel with the addition of two more with front headers. Gigabyte added a unique one fuse features, Basically it gives each USB port its own fuse which if burned won't affect the other USB port making it functional. 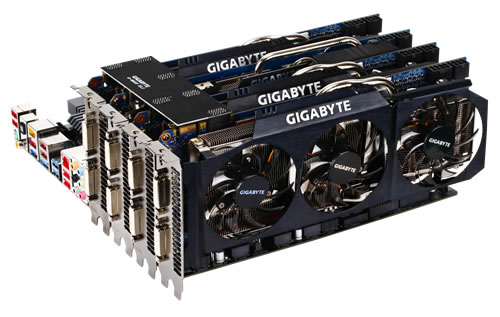 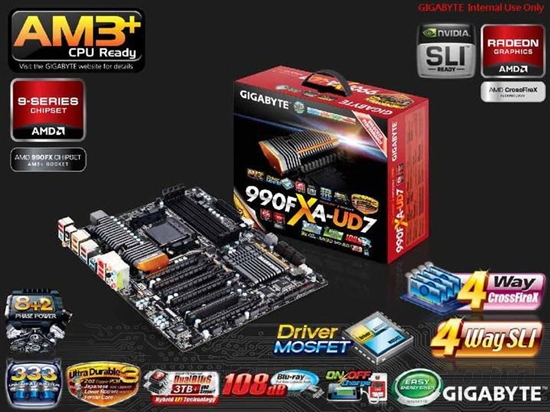 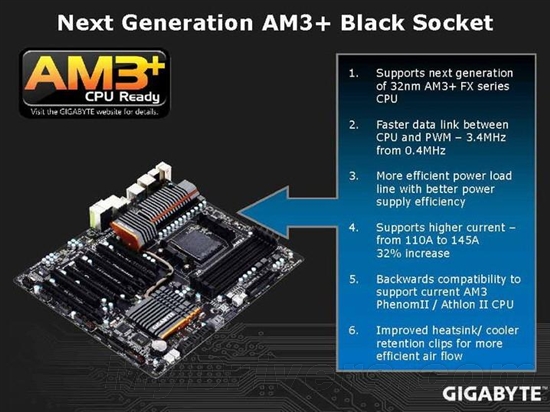 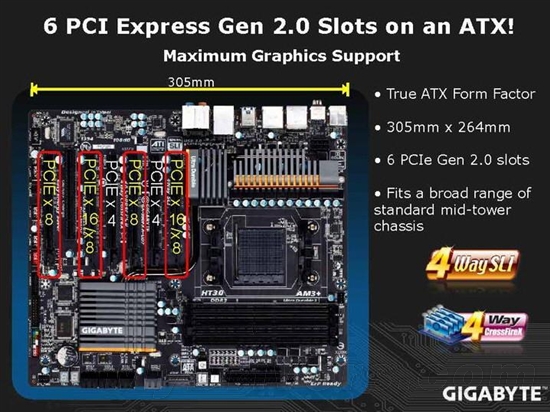 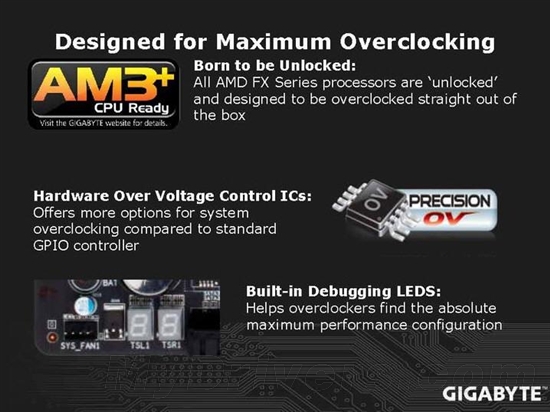 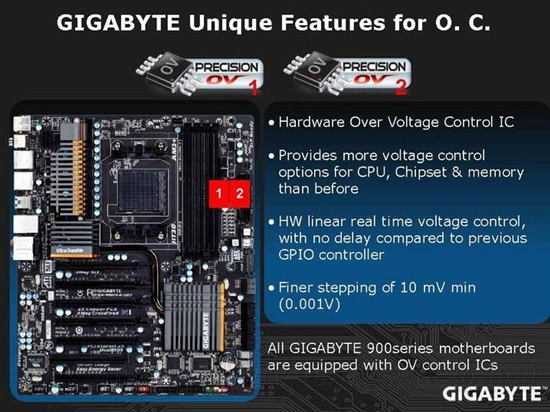 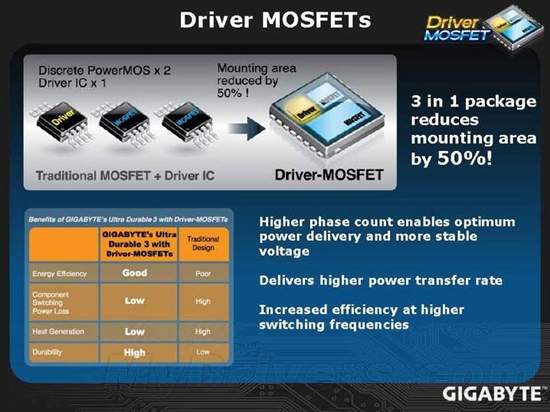 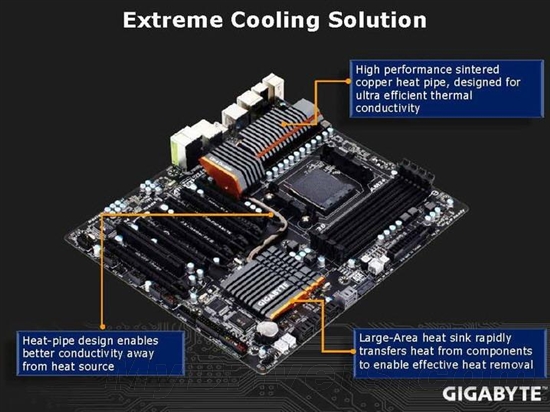 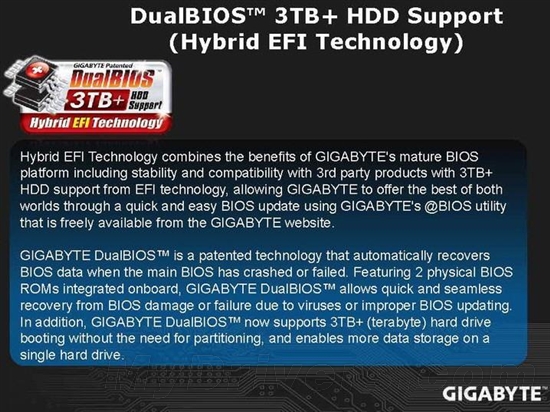 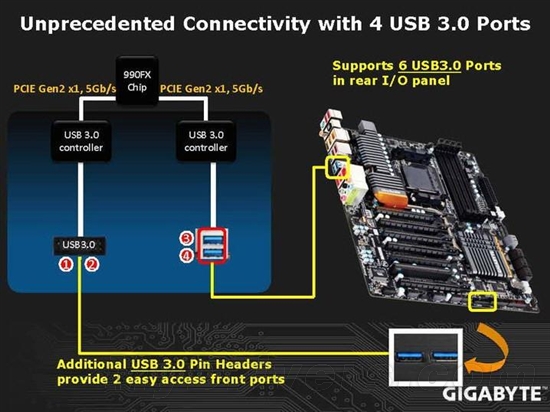 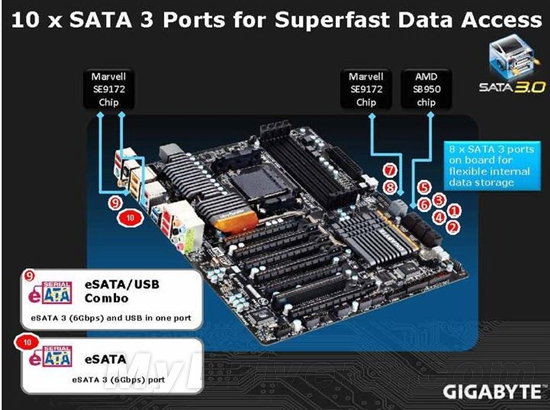 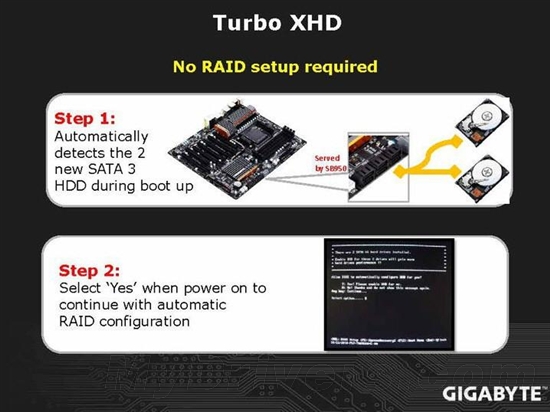 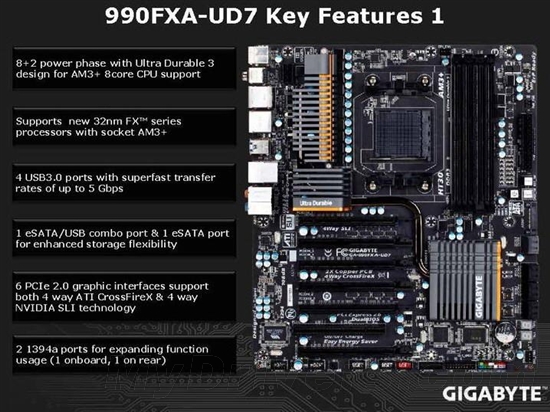 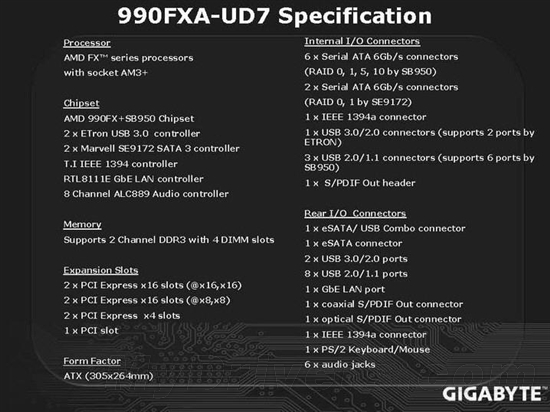