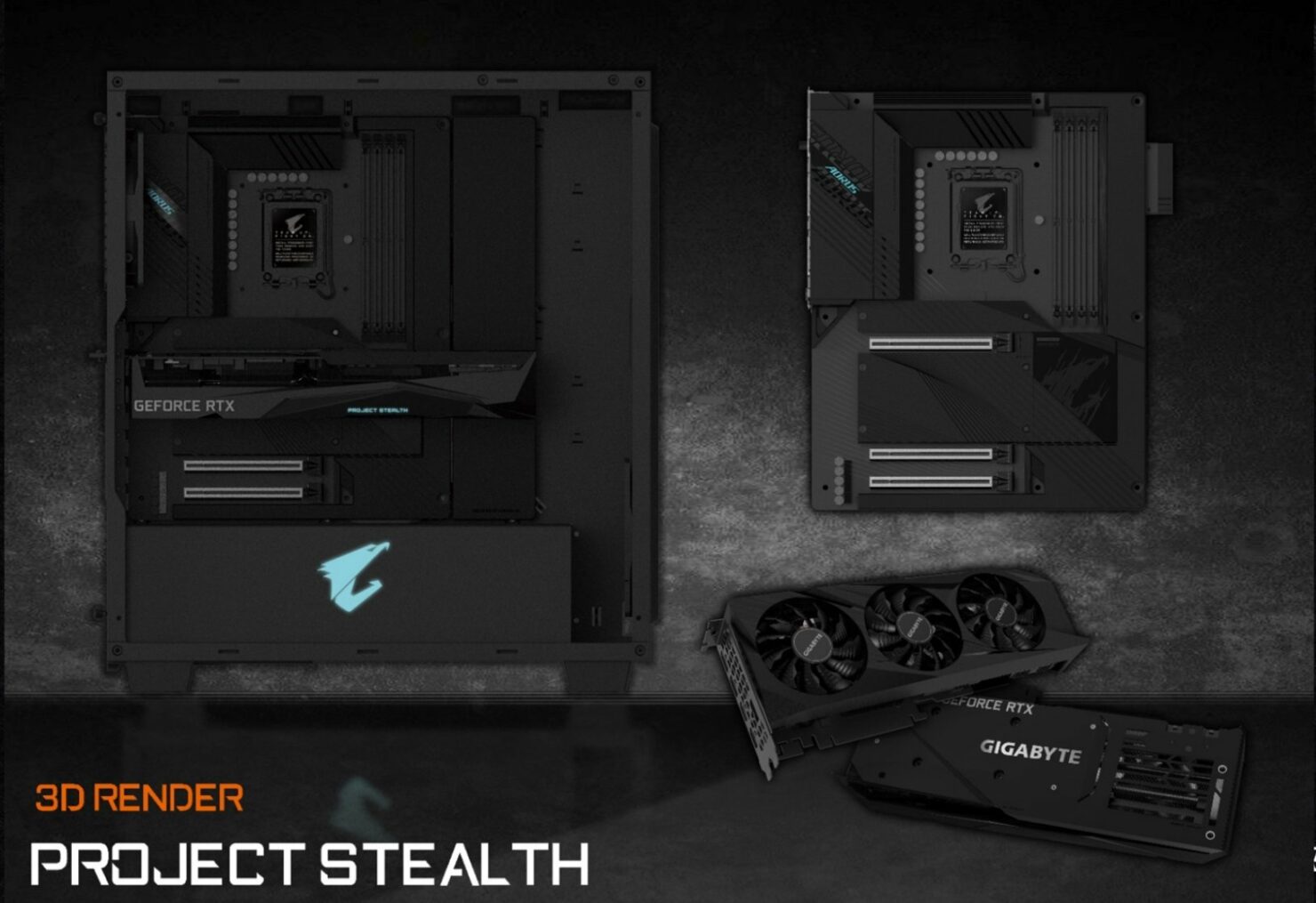 Gigabyte's aim with its AORUS Project Stealth is to redesign the entire motherboard connector layout. In its official renders, a concept AORUS motherboard render is shown which features next to zero connectors (Power/IO/Storage/Headers) on the front. The connectors have been relocated to the back of the motherboard.

This design is a lot more convenient for cable management within PCs and would also save the hassle of tidying up the cables within your PC after installing all the components. Existing desktop PCs have the entire connector hierarchy located on the front of the motherboard and it's quite a tedious job that requires skill and time to master.

Gigabyte also showcased graphics cards within the Project Stealth renders that feature power connectors on the adjacent side of the PCB, facing the motherboard tray. Once again, this allows for better cable management but there's one main hurdle.

PC hardware including motherboards and graphics cards are designed with existing connector layouts in mind. This new approach would mean that current cases will be mostly incompatible with such an approach as they don't have the required cut-outs for all connectors. Gigabyte has also thought about this and doing so, they have showcased their AORUS branded PC case in the renders which house the necessary cutouts to support the new connector layouts and routings for the power cables (e.g. graphics card connectors). It will be interesting to see if other case makers also follow this approach or stick to traditional designs. This is definitely an interesting approach to how things are done and as per reports, Gigabyte & AORUS will be showcasing more of this concept and possibly, actual products, during CES 2022.