Gigabyte G1. Assassin 2 motherboard based on the Intel's X79 Chipset has been revealed, The Gigabyte G1 Series of motherboards have always delivered best Overclocking Features and High Quality Components to both gamers and hardware enthusiasts.

The motherboard's prototype was revealed back at IDF 2011, Details here. The board features a 8 Phase VRM design, Four DDR3 DIMM slots are included, 2 at each sides of the socket. Expansion slots include  3 Way SLI/CrossfireX Support, 2 PCI-e 3.0×1 and 1 PCI Slot. Along with this, The X79 PCH heatsink is designed like a hand gun. It may not look that great than the G1. Sniper's Ammo Sachet Heatsink but still gives the board a great finish. 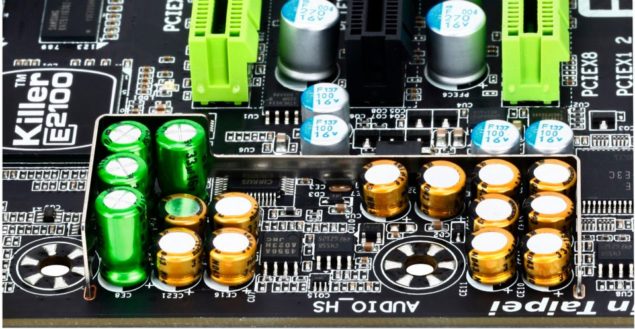