Amazon Is Going 100% Green In a Few Years

Amazon, the e-commerce giant, has smartly veered a little off course and has scheduled to start producing approximately 670,000 megawatt hours (MWh) of wind energy by December 2016, this energy will be generated by the construction of a 208 megawatt wind farm in Perquimans and Pasquotank counties of North Carolina, the farm will be called the Amazon Wind Farm US East. The energy produced will power around 61,000 homes in the area. Amazon Web Service (AWS) announced to achieve 100 % renewable energy  in the long run for its global infrastructure back in November 2014, in April 2015 they announced that 25% of the power consumed by its global infrastructure was from renewable resources and this figure will likely rise to 40 % by the end of 2016. 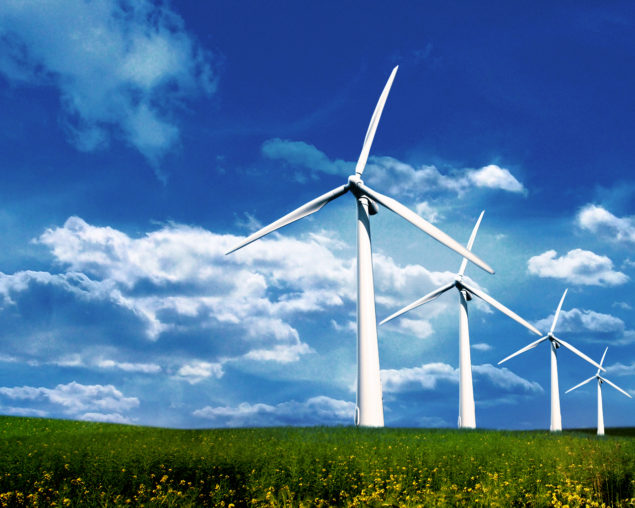 This is just one of many projects that Amazon is working on to give electricity back to the grid, the same grids that are providing the necessary power to AWS cloud centers in Virginia and Ohio. According to Amazon they will be producing about 500,000 MWh of wind power annually in the Amazon Wind Farm in Benton County, Indiana. The company also announced a test run of Tesla’s new energy storage batteries which help to bridge the gap between intermittent energy sources and the power required by data centers which are in constant demand for more power. The company also claimed that they will be making around 170,000 MWh of solar power annually from their Amazon Solar Farm US East in Virginia, so altogether the company is going green.

"We’re far from being done. We’ll continue pursuing projects that deliver clean energy to the various energy grids that serve AWS data centers, we’ll continue working with our power providers to increase their renewable energy quotient, and we’ll continue to strongly encourage our partners in government to extend the tax incentives that make it more viable for renewable projects to get off the ground," Jerry Hunter, vice president of infrastructure at Amazon Web Services, said in a press release.

Amazon also announced that it will be creating three new data centers in Ohio, which may not be the best place to go to if the power for your infrastructure you’re looking for in green. As David Pomeranz writes for Clean Technica:

"Given that Ohio’s electricity grid is powered predominantly by coal, current and potential customers of AWS have to wonder how the Ohio growth fits into AWS' commitment to power the data centers with 100 percent renewable energy,"

"All told, this could generate as much as 480 MW of new electricity demand in Ohio across the three data center campuses," said Pomeranz. "480 MW is nearly as much as an average-sized coal plant, and far outstrips the wind energy that AWS has purchased to date from the Fowler Ridge wind farm."

So this is the future for companies, at least the smart ones that is. Renewable energy is the way to go as prices will be cheaper than electricity bought directly from the grid, so thinking ahead this is an overall win-win strategy.