Ghost In The Shell Gets Dazzling First Trailer 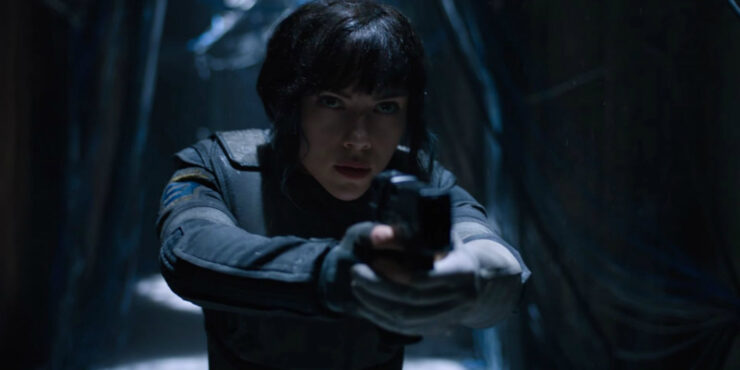 It's been a long wait, but after a series of teasers we finally have our first Ghost In The Shell trailer.

Based on the manga turned cult classic anime, this dazzling trailer perfectly captures the original's vibrant Neo Tokyo aesthetic. Set to a futuristic remix of Depeche Mode's Break The Silence, this action-packed trailer manages to combine the slick charm of the anime with the flair of The Matrix.

Starring Scarlett Johansson as The Major, a terrible accident sees her rebuilt by the government as a cyborg. Using her enhanced abilities she leads the counter-terrorist unit Sector 9, tasked with taking down Japan's most dangerous criminals.

The original saw The Major tracking down the deadly hacker known as The Puppet Master and coming to terms with her cyborg identity. How closely this will follow the manga however, is unclear with the plot still being kept tightly under wraps.

Yet it's not all good news, as the casting of a white woman as the originally Japanese heroine caused outrage among fans. With the film still being set in Japan, hopefully the rest of the cast and setting will be more true to the original. Directed by the relatively unproven Rupert Sanders ( Snow White and The Huntsmen) this is only his second foray into film directing.  Despite his lack of experience however, based on the trailer it seems that  the look of the original has remained intact in the transition to live-action.

A live-action Ghost In The Shell movie has been on the cards since Dreamworks and Paramount acquired the rights to the franchise in 2008. Almost a decade later, it looks like it might have been worth the wait.

Ghost In The Shell hits theaters in March 2017.