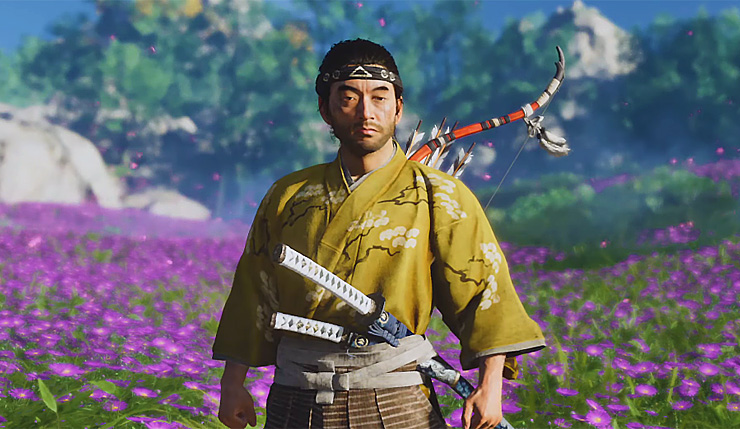 Sony and developer Suck Punch have released some stunning story trailers for Ghost of Tsushima over the past few months, but it’s been quite some time since we saw any significant amount of actual gameplay footage (the last real demo we got was at E3 2018). Well, with the launch of Ghost of Tsushima only a couple shorts months away, a new 20-minute look at Ghost of Tsushima has finally been released, and unsurprisingly, the game is still looking very promising.

One thing we’ve yet to see much of is Ghost of Tsushima’s open world, but thankfully, this latest footage gives us a good taste of how exploration will work. First off, the game’s world looks properly expansive and will include standard features like waypoints and fast-travel, but the game will also guide you in more subtle ways, with gusts of wind and animals sometimes showing you where to go next. As for combat, it’s sudden, brutal, and bloody, and, of course, you can also stealthily take out enemies if you wish. But hey, enough yapping from me – check out the footage for yourself, below.

Looking pretty damn impressive! You could argue the visuals have been dialed back slightly from when we first saw the game, but the world of Tsushima is still looking plenty stylish. In addition to the open-world gameplay and combat, the new footage also confirms Ghost of Tsushima will have extensive character customization, a photo mode, Japanese voice track, and a cool black-and-white visual filter that makes the game look like a classic Akira Kurosawa samurai flick.

Ghost of Tsushima sneaks onto PS4 on July 17. You can learn more about the game in Wccftech’s full pre-release guide. What do you think? Excited to try out Sony’s long-awaited Samurai epic? Or does the game not do enough with the fascinating subject matter?