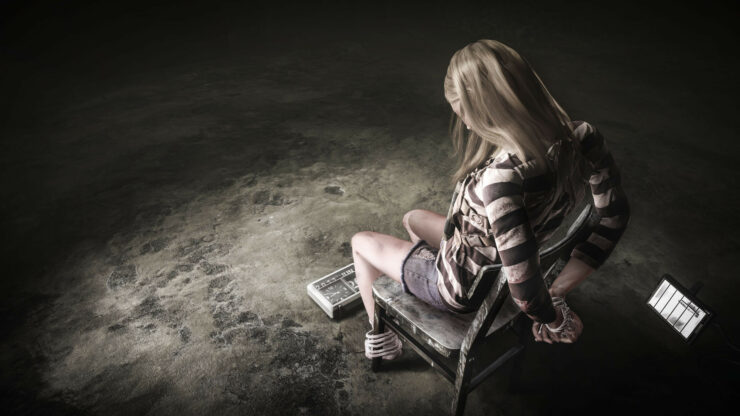 Get Even has been in development for many years at Polish studio The Farm 51 (NecroVision, Painkiller: Hell & Damnation). It now seems like the game is about to be released and another hint in that direction is that Get Even just got its own Steam page at the popular store.

The page tells us its current release window, Spring 2017, as well as a full set of system requirements.

Get Even is a surrealistic thriller, to say the least. Here's a small excerpt of its story.

Cole Black is a man with questions…
Or so he is told.
When he awakes in an old abandoned asylum, his sole memory is the attempted rescue of a teenage girl with a bomb strapped to her chest. Everything else is blank.
With a strange technology fused to his head - used to read and replay human memory - Black travels into the depths of his own mind. To find the truth of his past. To find the truth of what happened. And to answer two very simple questions:
‘Why were you there?’ and, ‘Who was the girl?’

It sounds like quite the journey indeed. The Farm 51 also plans to enhance immersion through the support of the cutting-edge Auro-3D technology from Auro Technologies for the best 3D acoustics.

Earlier this year, the developer signed a deal with Bandai Namco to publish the game on PC, PlayStation 4 and Xbox One. Development Director Wojciech Pazdur said on the occasion:

GET EVEN is the biggest title that has ever been produced in our studio – it features the deepest story and the most advanced technology our teams have ever worked on. Thanks to the support we are receiving from BANDAI NAMCO Entertainment Europe, we have now taken this up to the next level and polished every aspect of the game in ways that were not possible before. Today, we are extremely happy that we can finally show the new face of Get Even to both players and media, immersing them into a new experience and asking them to find out “What is real?”

Stay tuned for more on Get Even as the release date draws near.