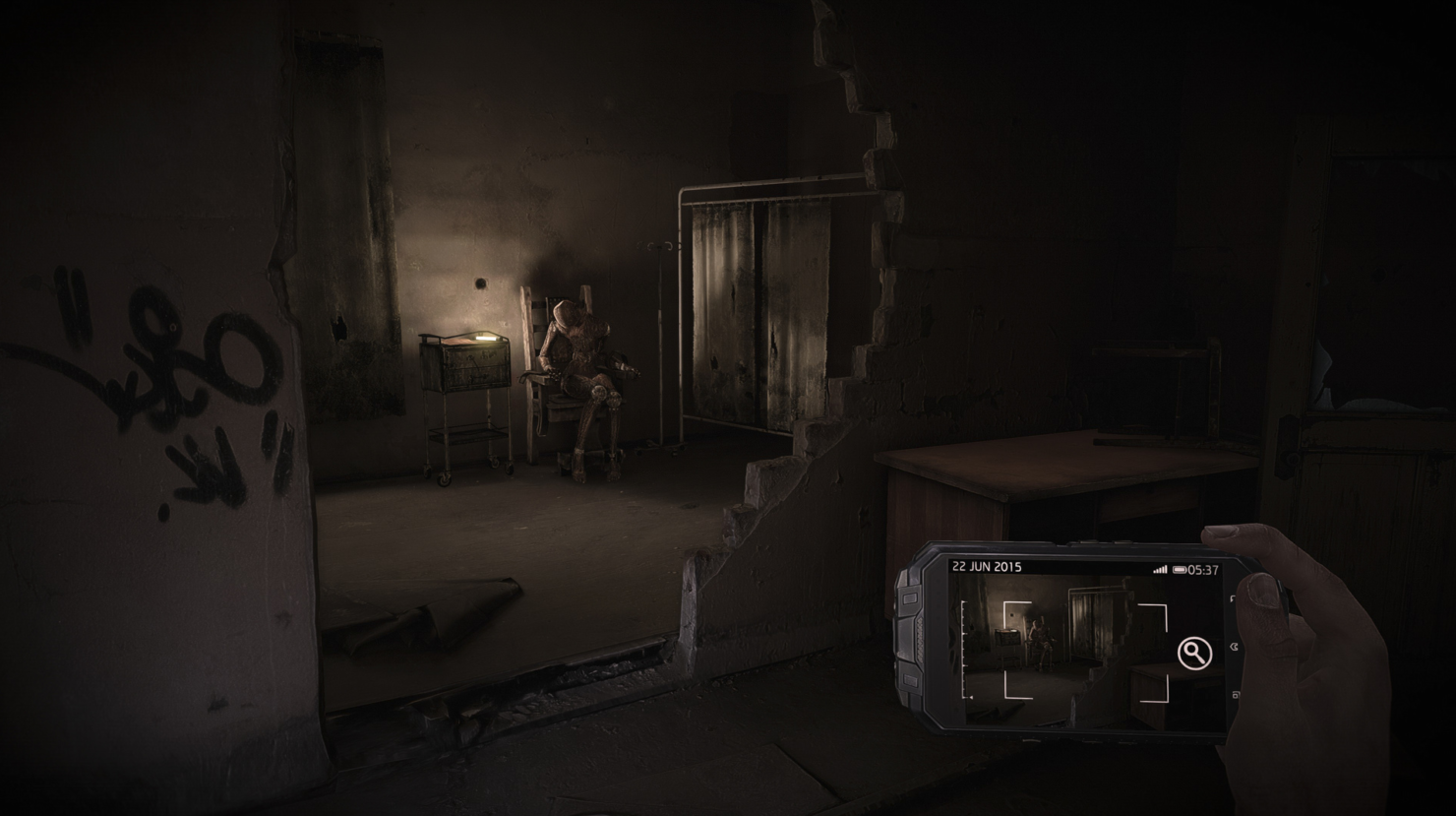 I recently attended an event hosted by Bandai Namco where I had the opportunity to play several games that are due for release this year. One of the games at this event was something I had never heard of before: Get Even. You play as Black, a hired gun with a troubled past, who finds himself in a derelict asylum with no recollection of his past. I was able to play the first half an hour of the game on a PlayStation 4, where I caught a glimpse of Black’s line of work before his memory was erased.

Get Even seemed more like a movie than a video game, and I don’t mean in the walking simulator sense. Unlike walking simulators where you just walk, Get Even actually has you doing things, like killing people for example. You would expect that considering that’s what he does for a living, you know? To add to the cinematic feel of the game, Polish developers The Farm 51, have prioritized audio in order to heighten your experience. As you wander around the empty hallways, the intensity of the music gradually increases as you continue to kill every enemy in sight. This puts the player under a lot of pressure and reaffirms the thriller aspect of the game.

Black’s toolkit consists of weapons and a smartphone with plenty of useful applications. You know how you may occasionally use the flashlight feature on your phone? Black breaks out his phone and uses it as a thermal scanner, allowing him to solve puzzles. An example of this is when the power went out in the asylum. As Black, I was forced to use the thermal scanner on his smartphone to determine which fuse box had blown. Not all of Black’s apps are for puzzle solving, he also has a number of tools on his phone to help him take down enemies. One of Black’s high-tech gadgets allowed him to peak around corners with his gun without having to put himself in danger. Despite only getting to try this out once, I’m sure this will be one of the primary tools in the game. 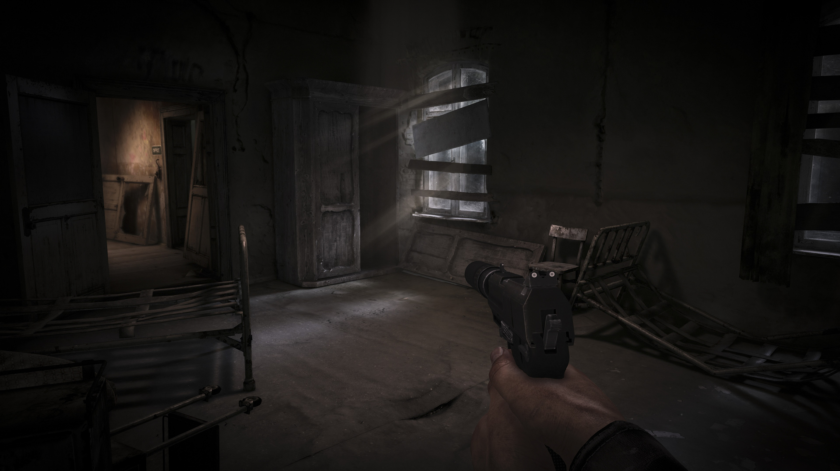 The story seemed incredibly confusing at first as it jumped around in time, but this appears to be precisely the developer’s intention. Black has no idea what he is doing by the time he ends up in the asylum and neither does the player. Get Even is supposed to be a First Person Thriller, and the short time I had with the game certainly confirmed this. You are never quite sure what is around the next corner, or even what you should be afraid of. For this reason, I would say the game is definitely for a more mature audience.

Black soon realizes he is at the mercy of his captor, ‘Red’, who coerces him into reliving his past through the ‘Pandora’ headset. Think of it as a modern/edgy version of the Pensieve in the Harry Potter series… don’t get that reference? Alright, well, Red wants Black to wear essentially a VR headset that allows the user to relive their memories and experience them again in the present. A bit like when Dumbledore got Harry to use it back in The Goblet of Fire.

When you start the game, you go through Black’s final mission before losing his memory in which he fails to rescue a teenage girl with a bomb strapped to her chest. After spending some time in the asylum, it is clear that Black has deep regrets about this. His new mission is to piece together why the girl had been kidnapped and why exactly he failed to save her. You have no idea whether Red is truly trying to help Black. Reliving Black’s memories out of order leaves him with more questions about his previous life than it does answers. All the while, time is running out to escape the asylum. The asylum is filled with inmates who have no recollection of their memories, serving as a constant reminder of what Black could become if he fails to find out the truth about his past. 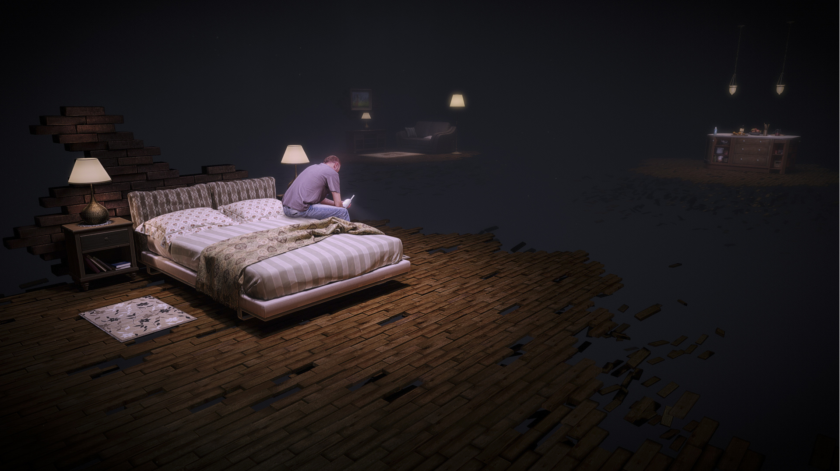 As I stated earlier, I played through this short demo on a PlayStation 4. The performance wasn’t great, with the framerate continually dipping below 30fps during the action. It doesn’t help that Black’s smartphone apps are quite intensive on the hardware, causing more drops as you play. Fortunately, the smartphone is mainly used to solve puzzles, so you won’t find yourself in too many laggy fights. Get Even is also planned to have an Xbox One and PC port. While I didn’t get a chance to see the PC version, I can only imagine that Get Even will run significantly better due to the better hardware.

Get Even left me feeling intrigued about what the developer actually wants to achieve with this game. On the one hand, Get Even feels like a film with its true-to-life environments and almost frightening audio, yet you can’t help but feel disorientated when playing it. I suppose that’s the point of the game, but it would’ve been nice to get much longer than half an hour with the game to see the story begin to pick up. I’m going to remain cautiously optimistic for Get Even. It certainly has potential, but we will see whether the story will remain interesting throughout.