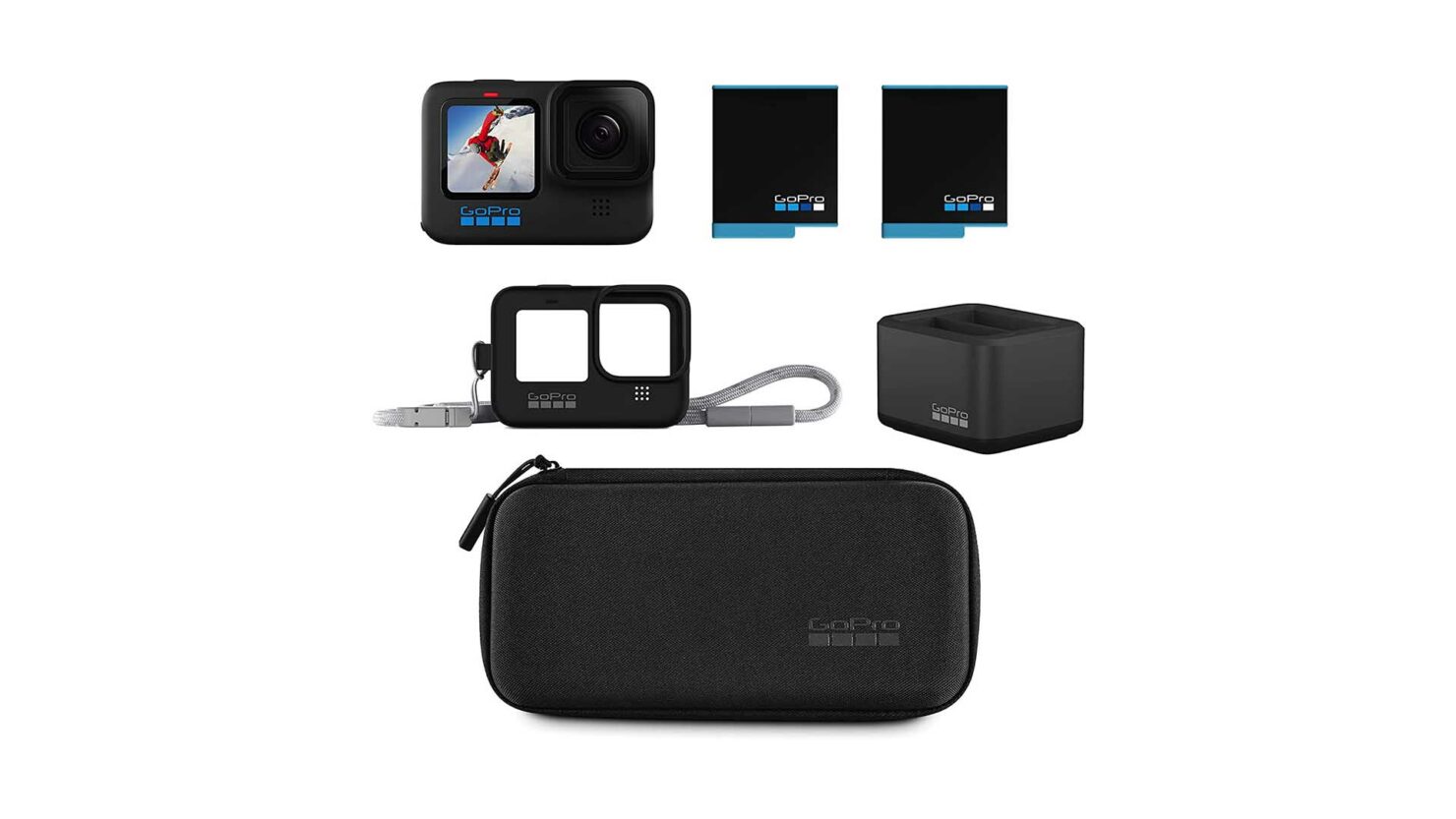 If purchasing a standalone GoPro HERO10 Black action camera did not seem like a great deal for you, then perhaps you will enjoy twice the recording time thanks to the latest bundle, which is available for $449.99 on Amazon for Black Friday 2021 but only for a limited time period. The deal is only available for today, so if you want to own the best action camera right now, along with some crucial accessories, now is the time to make that purchase.

The bundle includes two original GoPro batteries for the HERO10 Black, along with a sleeve and lanyard, whose color matches that of the camera. You also get a carrying case, because it is much easier to have everything tucked inside a nice little bag for you to carry around. The action camera itself features two displays, so you know what you are filming or capturing if you ever decide to take stills or record a video of yourself.

The maximum recording resolution of the GoPro HERO10 Black is 5.3K at 60FPS, making it double the framerate of the previous-generation HERO9 Black. If you want to record at 4K, you will be pleased to know that you can record footage up to 120FPS, along with 23MP photos, if that matters to you. GoPro’s HyperSmooth 4.0 stabilization technology reduces camera shake ever further, and footage will become buttery smooth.

Once again, we will reiterate that the deal will only last for today, which, at the time of writing, was slightly over 15 hours until expiration, so make sure you purchase it immediately.