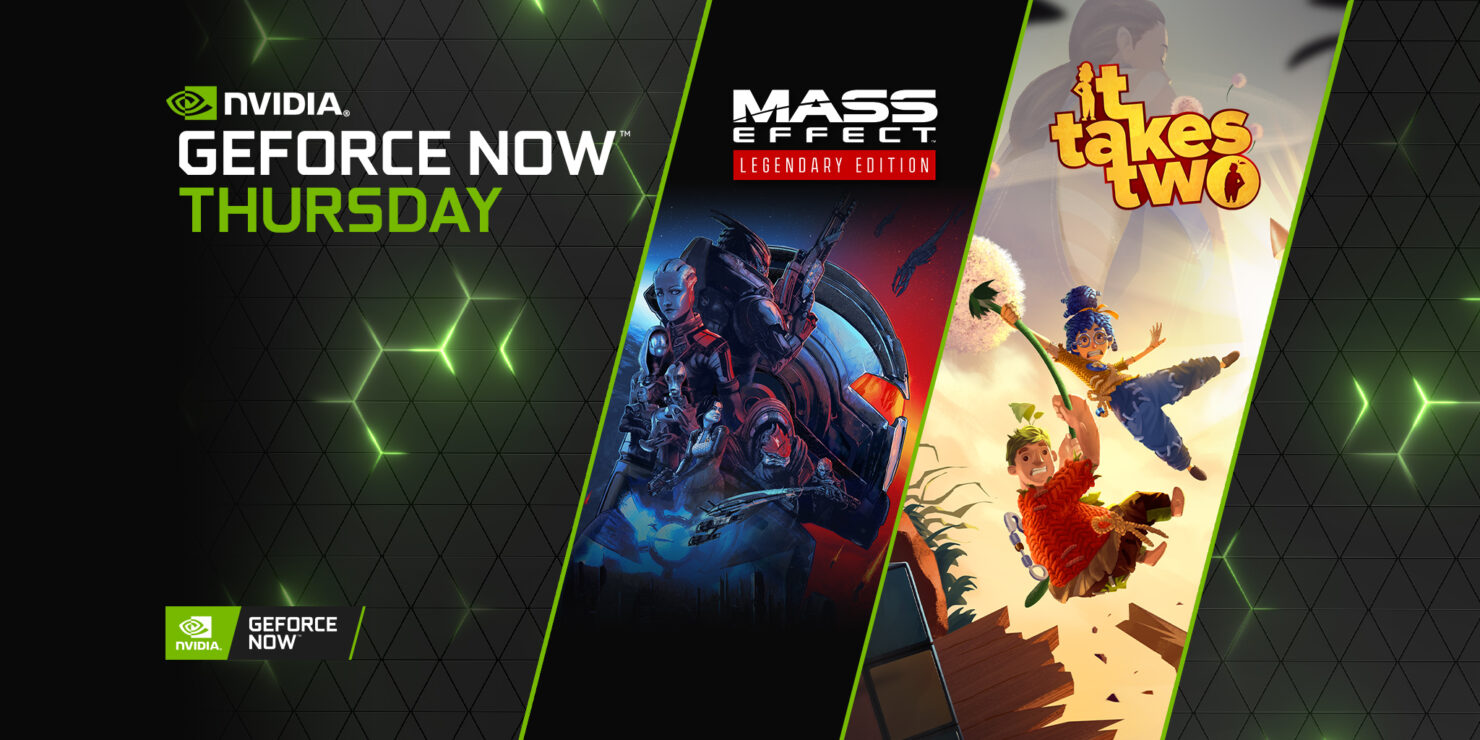 Today's GeForce NOW update brings ten more titles to the NVIDIA streaming service. This time, it has some highlights that are worth talking about such as the award-winning It Takes Two. Additionally, the ever-expanding Electronic Arts library has a new addition in the form of Mass Effect: Legendary Edition.

Let's cut to the chase here, then. Here are the ten games that are going to join GeForce NOW this week:

As mentioned before, Mass Effect Legendary Edition will be a new addition that increases Electronic Arts' ever-expanding game library. The game will be available for GeForce NOW users to stream at high-end graphical resolutions without needing to own a top tier PC. In fact, you'll be able to play this game at speeds of up to 60FPS across all devices.

Of course, there are better benefits for those gamers who step up their membership. RTX 3080 users will be able to enjoy Mass Effect Legendary Edition and the entirety of the GeForce NOW library at up to 4K and 120FPS. Additionally, you'll be able to rake in the benefits of ultra-low latency streaming and eight-hour-long gaming sessions.

In case you missed it, last week we got a bombshell announcement regarding God of War's stay on GeForce NOW. According to NVIDIA, the game is going to be removed from the platform come July 1st. There's still a silver lining, though: Those who played the game at least once on GeForce NOW will be able to continue running the game via the cloud. GeForce NOW is currently available on PC, Mac, Android, iOS, NVIDIA SHIELD, and select Smart TVs.