Nvidia’s GTX 465 which will be launched on 31st May 2010 has already been listed on the large online retail site Newegg. A total of 7 cards have been listed from Nvidia’s largest board partners. The cards are priced at $279 and this goes for every card and will be available immediately. The version of the GPU will be stock but we can expect dual fan cooling from Gigabyte and Palit.

Other than that the specs of the card will be the same as said before such as 352 shader cores, 1gb memory, 256-bit memory bandwidth and same clock speeds of 607 MHz core / 1215 MHz shader. 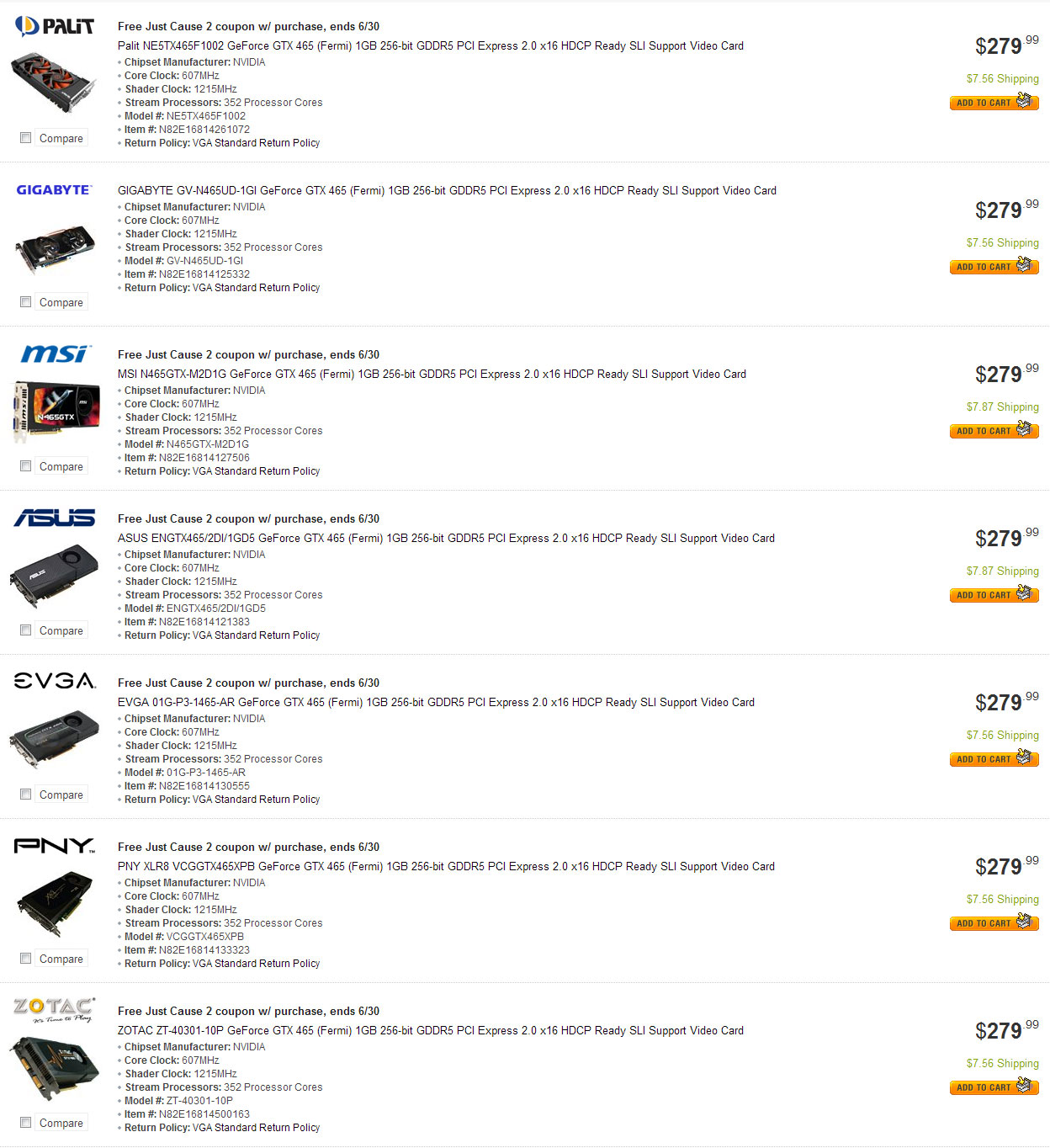