Is Gears of War Getting an HD Remaster? It’s Not Improbable

There talk going around that point towards the possibility of an HD remaster for the original Gears of War. Polygon reports that one of their sources has information regarding that impending Gears of War remaster. 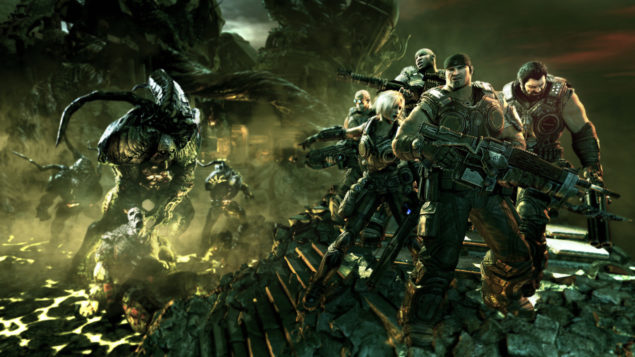 Though not confirmed, an original Gears of War HD remaster might just be in the works.

Supposedly the original Gears of War that was released in 2006 by Epic might be getting a complete remaster, with improved visuals and enhanced cut scenes much in the same way that Halo 2 received.

Black Tusk Studios, the developer that is currently working on the next Gears of War, hasn't confirmed any such plans for a remaster and has even gone far enough to deny such claims last month, but the source from Polygon seems to be very adamant about the potential for a remaster. In fact, Phil Spencer mentioned something about a Marcus Fenix Collection last year, though that was supposedly simply not true.

This year during E3 Microsoft, and it's studio Black Tusk Studios, do plan on showcasing some fantastic games this year, and it could be that they simply want to keep the information under wraps until the official reveal. Anything is technically possible, though we won't know for sure until E3 in June or another slip of the tongue on Twitter.

I think it would be great business sense to offer a remastered version of one of their most successful franchises. It just makes business sense. As we move on to the next generation of consoles, some still may want to play the iconic game. The Master Chief Collection has shown us that HD remasters can work if done correctly.

This, of course, isn't confirmed by any means but the possibility is always there.