Gears 5 Update Brings Back Free for All Mode, Adds New Heroes and Villains, Maps, and More 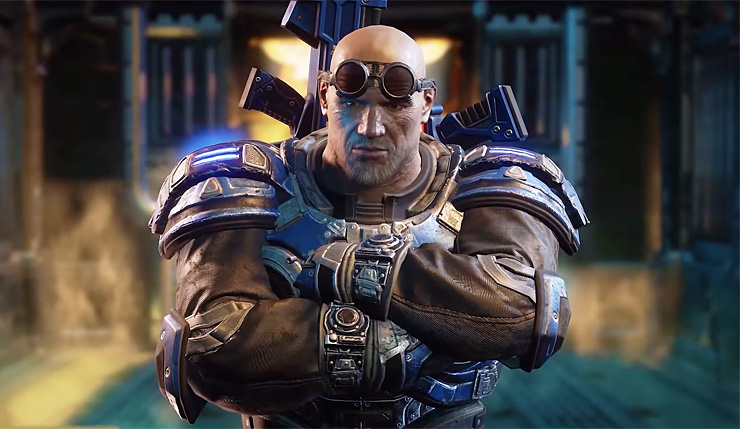 The second big Gears 5 content update, Operation 2: Free for All, drops today. As the name implies, this update focuses on the returning fan-favorite Free for All mode, which pits two teams of seven against each other in a battle to 30 kills. The update also offers two more modes (Arcade Blitz and 2v2 Gnashers), five maps, including the modular Allfathers’ Arena, four new characters, and more. Check out a Free for All overview trailer, below.

Here’s your rundown of everything included in the Operation 2: Free for All update:

Free for All will launch with three new custom-designed maps. In addition to them, the following two maps are also on the way…

A driver for the COG and member of the iconic Carmine military family, Lizzie is a total badass that never backs down from a fight.

An original member of Delta Squad, this sarcastic engineer brings humor and support to the battlefield.

Born and bred for combat, the Locust Drone emerges once more to enter the fight.

This Locust sniper hails from the ranks of RAAM’s vicious Blooded Vanguard where he played a key role in the defeat of Sraak.

The Tour of Duty in Operation 2: Free for All features more than 200 exclusive earnable items that can be unlocked through completing daily Objectives and season long Medals. These items include character skins, weapon skins, Iron, expressions, executions and more.

All the new Operation 2: Free for All content is earnable in-game, although you can get all the goodies right away if you’re willing to pay. You can grab individual characters for 500 Iron (around $5) or you can purchase the Operation 2 Bundle for $20, which unlocks everything and gets you 1000 bonus Iron and 30 days of XP boost.

Gears 5 is out now on PC and Xbox One. Operation 2: Free for All is available as of today.