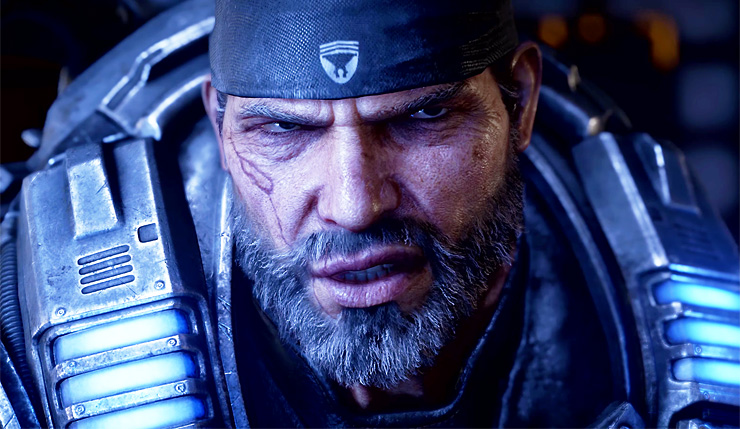 Microsoft has long been a big supporter of Gamescom, and they brought a ton of new Gears 5 goodness to this year’s show, including new story campaign and Horde Mode trailers and details, and the reveal of a cool Halo/Gears crossover. First up, let’s take a look at the new story trailer, which focuses on Kait, who’s struggling with her connection to the Locust Queen.

War has come to Sera, and in its midst Kait Diaz struggles with a personal journey to uncover her mysterious connection to the enemy. While her squad struggles to fight the Swarm, she must face the dark truth that the most dangerous threat may be herself.

Next up, here’s a look at Gears 5’s revamped Horde Mode, which is adding Overwatch-like characters with unique abilities this time around. Check it out, below.

Horde is back and better than ever in Gears 5. Next month, Horde continues the evolution of the fan-favorite multiplayer mode that has become a cornerstone of the franchise with an all-new set of character-based gameplay mechanics where each character has their own personality, progression, play style and legacy that they bring to the table. Can you and four friends endure waves of ever-stronger enemies and bosses? Survive using new Ultimate abilities like JD’s air strike or Kait’s cloak, building defenses, collecting power, leveling up your skills and working as a team.

Finally, here’s a look at that Gears 5/Halo: Reach crossover, which brings old favorites Emile-A239 and Kat-B320 to Horde and Versus modes.

The Halo: Reach Character Pack also includes a Noble-Team-themed skin, banner, blood spray, mark, and weapon set. The pack will launch alongside Gears 5 and will be available to all Gears 5 Ultimate Edition owners and Xbox Game Pass Ultimate subscribers. Standalone pricing has yet to be announced.