A new report released by Adobe Digital Index paints a rosy picture for the gaming industry.

In fact, according to the research gaming revenue is up 4% year over year, and in June it almost reached Holiday numbers (-13%); Tamara Gaffney, principal analyst at ADI, said about this:

I don’t believe anybody has ever aggregated shopping data for gaming until now. I was shocked to see that June sales were as high as holiday for the gaming business. 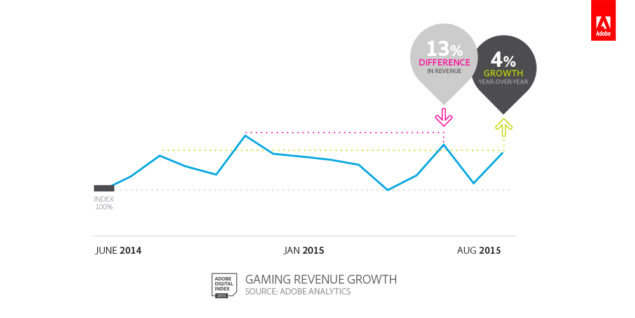 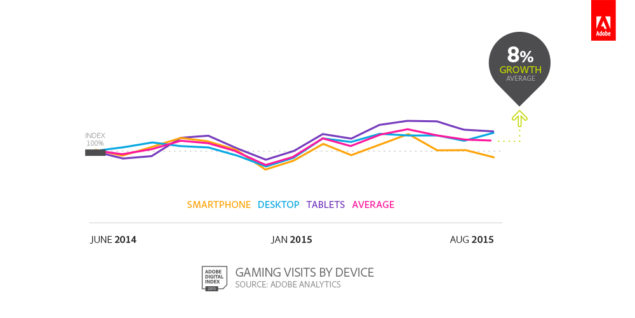 Gaming visits are also up 8% year over year, but there's a lot more. Blockbuster games beat blockbuster movies in the data gathered by ADI; Gaffney added:

The gaming industry is a lot bigger than most marketers realize. These games get more social buzz on opening day than most movies do, and the revenue for one of the top games this year outdid the highest-grossing movie start by nearly double. And I thought the movie industry was big. That’s huge.

The report shows data for Metal Gear Solid V: The Phantom Pain, the latest blockbuster released in September. The game sold over 179M in revenue during its first day; for comparison, Avengers: Age of Ultron made 84M on its opening day with a budget thrice as big, and the highest grossing movie of all time in terms of opening day revenue (Harry Potter and the Deathly Hallows Part 2) only made 91M.

The same seems to hold true for social mentions, with Metal Gear Solid V: The Phantom Pain getting 79K social mentions on its opening day and Avengers: Age of Ultron "stuck" at 41K. 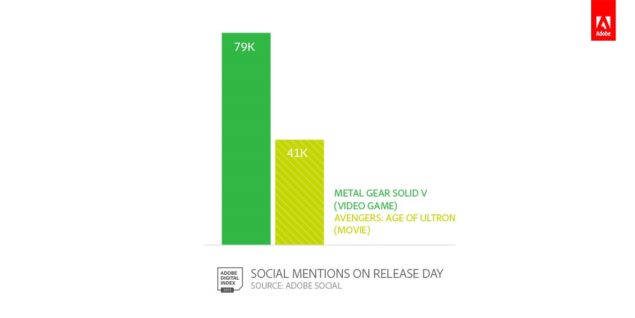 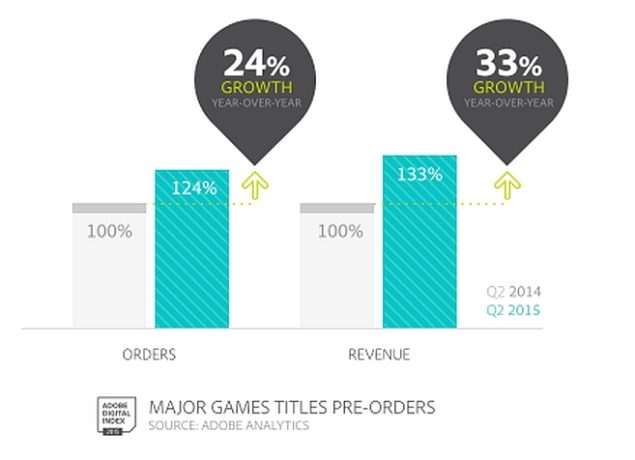 Finally, the report also measured the rising MOBA/eSports phenomenon against real sports, concluding that games in the genre have more Facebook likes than NHL, NFL and MLB, though they have less social mentions on average in a month. 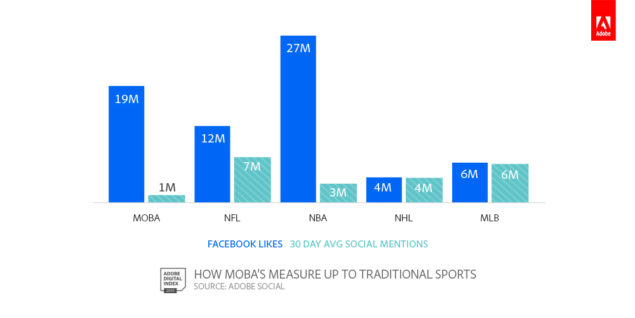 The gaming industry is growing, there's no doubt about that, and the good news is that blockbuster titles are finally accompanied by increasingly successful indie games. As long as both these categories will be alive and kicking, gamers will be able to choose whatever fits their taste.