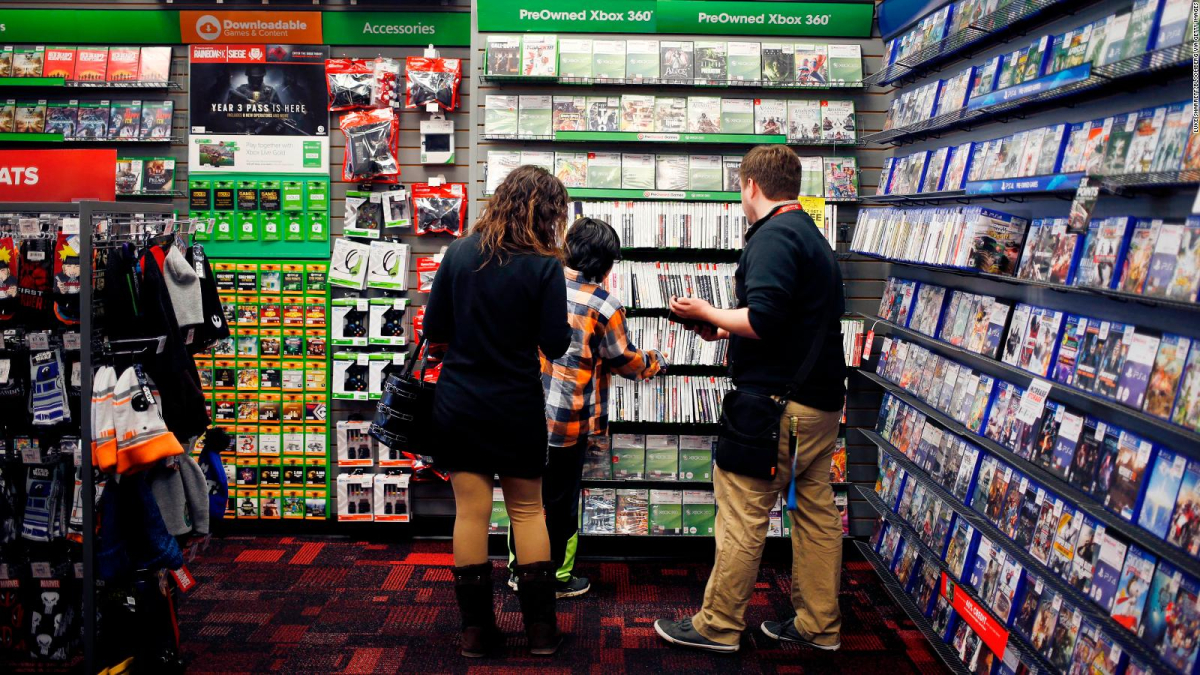 American video game retailer GameStop (NYSE:GME) hasn't been doing well either on the stock market or on the balance sheet. Its stock is trading at $6.30 at the time of writing, above by only $3.27 over the 52-week low and less than half of a $15.98 52-week high. The stock shot up to $16.35 on January 18th, 2019, but since then, all that we've seen is a downward trend. Annually, GameStop's Net Sales (the amount it earned without accounting for expenses) dropped slightly last year, with the company earning $8,285.3 in revenue.

Recent shifts towards digital game retailing have long been highlighted as having the potential to disrupt brick and mortar stores. This shift has already occurred in a related industry, with BlockBuster being reduced to a single store running out of Bend, Oregon.

In its first quarter for the year, GameStop (NYSE:GME )earned $1.5 billion, in a $200 million decrease from Q1 2018. In its second quarter of this year, the company's revenues again dropped from the $1.5 billion it had earned in the year-ago quarter by approximately $300 million. GameStop's business is affected by seasonality with the bulk of its revenues coming in the year's final quarters - especially after the holiday season is over.

The company's management has stated on multiple occasions that this drop will be mitigated through new areas such as collectibles. While we'll delve into GameStop's segment revenues in a bit, the aforementioned statements fail to consider the fact that therevenue drop is also mirrored by fewer store additions to the retailer's portfolio.

In 2016, GameStop operated 7,535 stores worldwide and this number dropped to 7,276 stores in the next year. However, in 2018, the company shut down 1446 stores as it continues to relocate operations after facing competition from digital and other marketplaces. These include Amazon, Target, Wall-Mart among others in the United States. Between February 3, 2018 and February 2, 2019, GameStop (NYSE:GME) added 24 video game stores to its portfolio and disposed of 136. And despite its management claiming that the company is focusing on products such as collectibles, the retailer did not add any new stores for the product category during the aforementioned time period.

GameStop's video game hardware sales, which cover products such as Sony's PlayStation, have picked up from $1.4 billion in 2016 to $1.7 billion in 2018. The company's software sales (covering titles) have hovered between $2.4 billion - $2.5 billion, as they consistently continue to contribute the most to its revenues. The weak point for the retailer right now is revenue earned from pre-owned and value owned video game products. It's a category that hurts game developers as users are able to buy titles at a discount, and as retailers do not purchase old stock from distributors and instead rely on users to sell-back the titles that they've played.

This segment has insane gross margins, reflected by the example that GameStop buys games such as Grand Theft Auto V for $7.20 and then sells the titles for $28. The company is cognizant of the hit its most crucial segment has taken, and it's aware that as the internet continues to seep deeply into our daily lives, the ship for relying on pre-owned and value owned video game products has started to sale; if it hasn't left the harbor already that is.

For the time being, GameStop (NYSE:GME) has blamed some of its ill fortunes to a slowing console cycle. This seasonal effect has historically proven true for the company's revenue drop, as title and hardware sales pick up after a hardware cycle is refreshed. However, the seasonality does not account for online retailers, and if the number of users who prefer online game purchases continues to grow, then GameStop will have to further trim down its retail store coverage.

To that end, the company has announced that it will shut down 180 - 200 retail stores by the end of fiscal year 2019. Its Chief Financial Officer Mr. James Bell further cautioned investors that these closures aren't the last they'll hear about such moves, as GameStop intends to apply an analytic approach to profit and sales tranferability. This approach will mean that more stores will close down as GameStop consolidates resources in the face of what just might transform into a full blown crisis.

The market understands all this, as at the time of writing, 74.4% of GameStop (NYSE:GME) stock has been shorted. For the uninitiated, what this means is that traders dubbed 'short-sellers' have sold more than two-thirds of the company's total shares in the hope that as GameStop's stock price tanks, they'll buy the securities on the open market far more cheaply. Will the company prove short sellers wrong? Only time can tell.