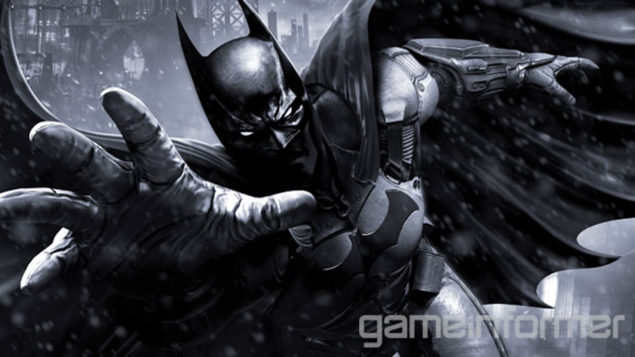 The May cover for GameInformer magazine has a surprise for everyone and that's the first look at the upcoming Batman: Arkham Origins title which is scheduled for a 2013 release. Rather than developer of the previous two Arkham games working on the new title, it is Warner Bros. Games Montreal studio who would develop the new Batman: Arkam Origins title.

Batman: Arkham Origins, as the name suggests is a prequel in the Arkham franchise set in Batman's early days when he was young with an under-developed skill set compared to what he was in Batman: Arkham City and Asylum. In Batman: Arkham Origins, Batman would encounter many of the super villains for the first time in the premises of Arkham which would be a great new experience for users. Along with this, the assassin Deathstroke would appear for the very first time in a Batman game. So if this is the first time for Batman to encounter his very first super villains, one could imagine the size and scope of the game which would definitely have alot to offer and does sound promising.

Heading up the vision for Arkham Origins is creative director Eric Holmes, known for being the lead designer of open world action hits The Incredible Hulk: Ultimate Destruction and Prototype. A self-professed lover of comics, Holmes even wrote the miniseries Transformers: Megatron Originfor IDW. GameInformer

As far as the graphics are concerned, Warner Brothers, Montreal would have full access to  to Rocksteady's custom modified Unreal engine so we would once again see some impressive visuals on both consoles and PC. Do note that the PC version of Batman: Arkham City and Asylum both featured rich PhysX effects, high-res textures and even DirectX 11 support with the Arkham City title which made the atmosphere of an already great game much more impressive. So we could look forward to these plus new added features once more in Batman: Arkham Origins.