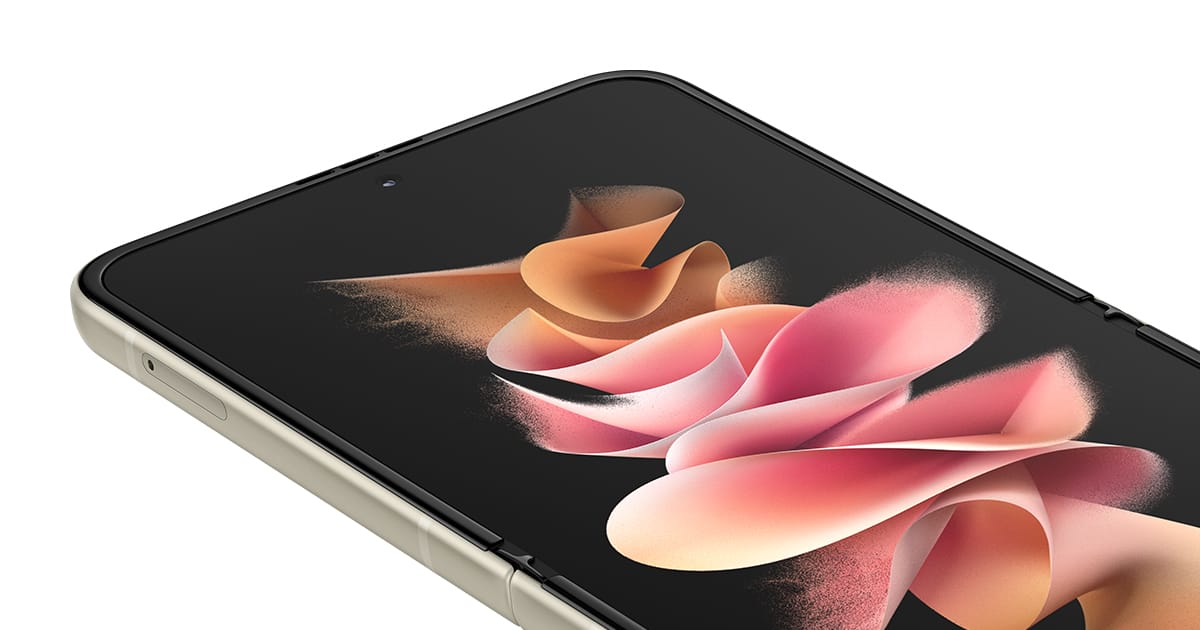 Samsung is expected to launch the new foldable phones sometime in August, later this year. We are expecting a Galaxy Z Fold 4 and Galax Z Flip 4 along with a number of accessories, and well, with more than a month to officially reveal, alleged real-world photos of the Flip 4 have leaked on the internet.

Images coming from TechTalkTV show what the production sample of Samsung's upcoming clamshell is going to look like. For those wondering, the Galaxy Z Flip 4 looks almost identical to the Galaxy Z Flip 3; you get to see two vertically stacked rear cameras, a small external display, and an internal punch hole camera.

You can see the images below.

The YouTuber, however, has noted some subtle differences in the new model. The Galaxy Z Flip 4 has a shallower crease. There is even a brief video showing the phone in the unfolded state and yes, the crease is shallower than in the previous model. Sadly, the video has been taken down.

Moving further, the phone's hinges are thinner this time, and the same goes for bezels. The source also claims that the newer Flip 4 will be lighter than its predecessor.

The YouTuber has also revealed that the phone is going to ship with 3,700 mAh battery along with 25W charging and the specs do match what we have been hearing all these months previously.

At the moment, the upcoming flip phone is shaping up to be the type of phone that we had expected, to be honest. Samsung is clearly playing it safe and considering the history of the flip phones, I do not blame the Korean firm, as well. if you are looking for more innovation, the Galaxy Z Fold 4 is going to bring all of that to the table.