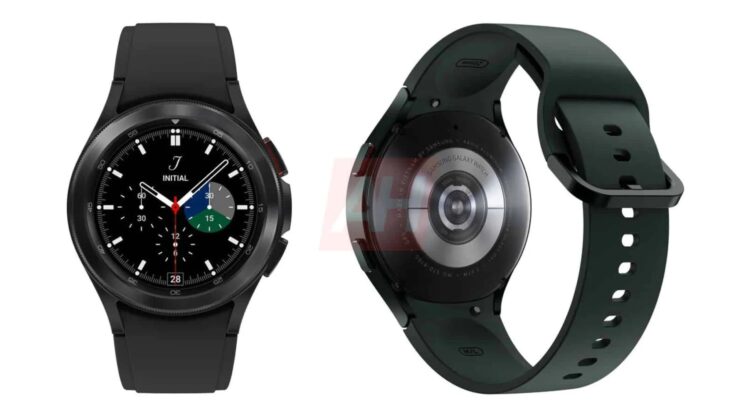 Samsung is expected to release the new lineup of smartwatches at the Galaxy Unpacked next month and two new foldable devices, and so far, we have had a lot of information on what might be in store. Today, we have our first proper look at the Galaxy Watch4 Classic, and the standard Galaxy Watch4 leaked from all angles.

The Galaxy Watch4 Classic is a more traditional approach to the smartwatch as it looks a lot like your usual wristwatch. While many might not appreciate it, being a watch collector, this definitely is a look I can get behind. In addition to that, the renders for the normal Galaxy Watch4 have also been leaked.

The leak is coming from Winfuture.de, who spotted the renders on Amazon Canada of all places, and while the product pages have been taken down, our source managed to get their hands on the renders for all three variants; the Galaxy Watch4 Classic is going to ship in 42mm and 46mm while the standard Galaxy Watch4 will ship in 40mm and 44mm.

Let's look at how all the watches are going to look like in their respective sizes.

The Galaxy Watch4 will also be available in a larger 44mm size that you can look at below.

If you are someone with bigger wrists and looking for something that makes a louder statement, the Galaxy Watch4 Classic in 46mm might be for you.

Last but not least, you can check the 42mm mm variant below.

The biggest difference here is that the Classic variant will have a rotating bezel that will be operational, a great way to navigate the menus, and makes it a good overall experience. Not just that, the Classic variant also looks a lot better and gives off the feeling of a complete watch, which is what most people would want.

You can expect features such as WLAN, Bluetooth, GPS, and NFC in all the variants. Samsung will also release these smartwatches in materials such as titanium, and we are also expecting LTE variants of these watches. Current information suggests that the cheapest version of the watch is going to start at 300 euros (~$354.06)