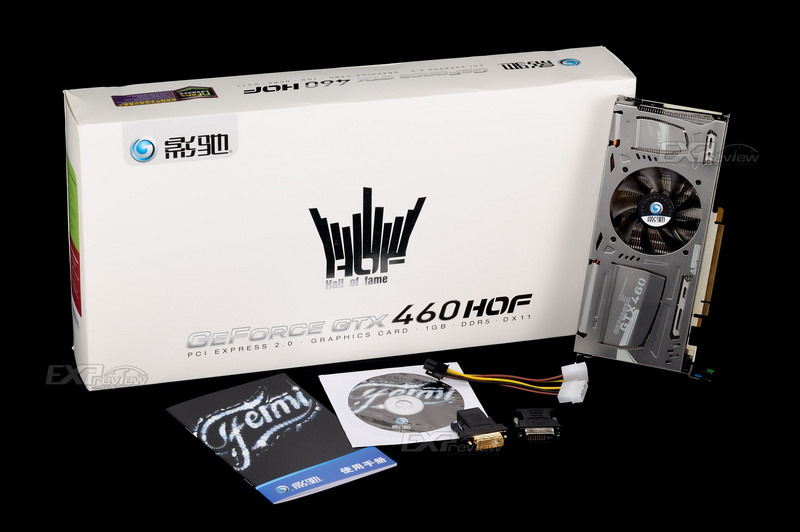 We reported back in October that Galaxy was working on a Geforce GTX 460 which would feature a White PCB  along with High Grade Components. Well, Galaxy Recently released pictures of the new card and looks like the card will hold a memory of 1GB instead of the 768Mb as reported earlier. Also, The PCB features a 6+2 phase PWM circuit controlled by a Volterra VT1185M which will allow the use of software for voltage control, with VT1157SF PWM ICs, high-C capacitors, as well as NEC-made Prodalizers to condition power. 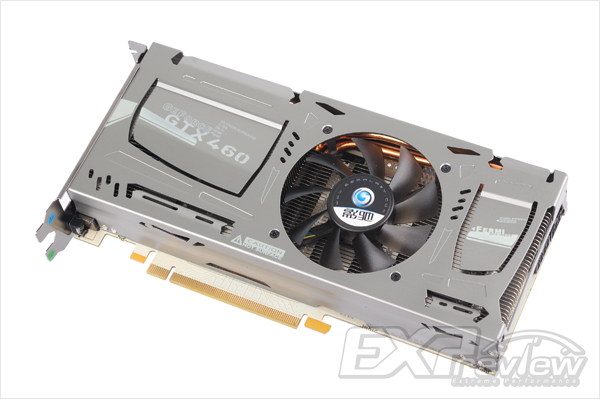 The card is powered by a six pin and a eight pin connector which is beside the usual dual 6-pin connectors of the basic GTX 460 allowing the GPU to feed on more power which will allow further room for overclocking. The card itself comes with a massive factory overclock of 850/1700/1000 MHz (4 GHz GDDR5 effective) Core/Shader/Memory Clocks respectively.

Extra overclock and juice means that temperature will be higher than usual but no need to worry as the card comes with adequate cooling which includes a Large Aluminium Array Heatsink Block to which heat is dissipated by the help of four copper heatpipes and cooled by a single 80~90mm fan. The VRM area is also cooled by a small heatsink which covers it, Something which isn't included in most variants of the GTX 460. The GPU cover is a rather unique one too which has been used by Galaxy on their other GTX 460's variant. 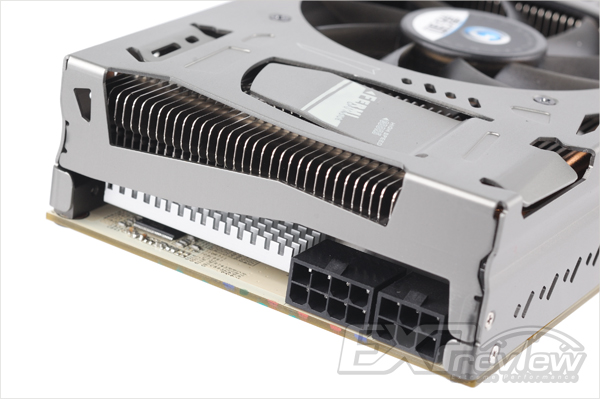 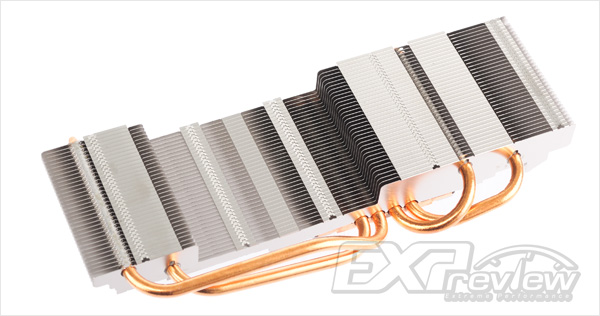 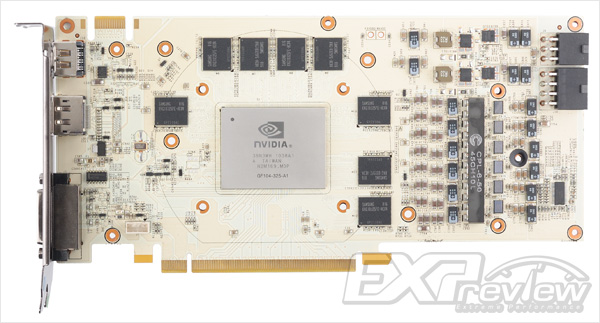 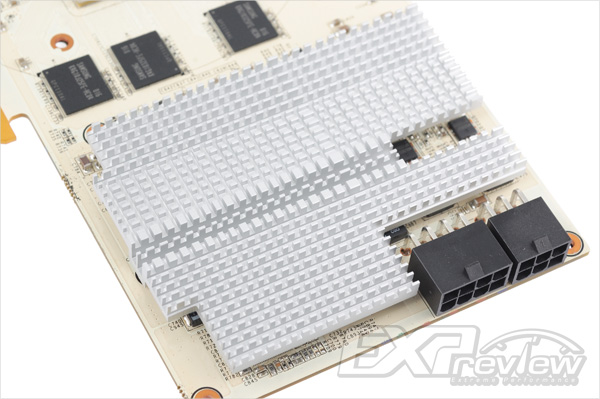 The card features 2 HDMI Outputs and a single DVI Output, Boxing contents include DVI to VGA and DVI to HDMI ports, Molex power connectors, Manual and Installation DVD. Pricing and availability has not yet been revealed. For more pics, View the Source below: