Galaxy Tab 10.1 can continue to sell in Germany through other retailers 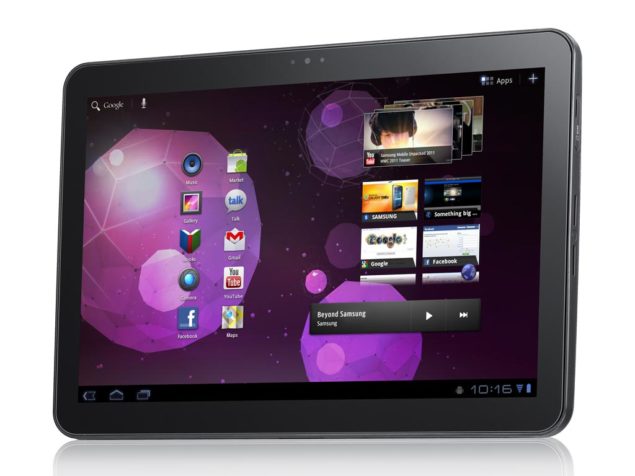 Yesterday we told you that a local district court in Germany had banned Samsung from selling or advertising the Galaxy Tab 10.1 in Germany and they can not sell the tablets produced at their German plant within Germany. Now though it seems Apple's victory over Samsung is shortlived since the ban has a loophole.

Although the court has restricted Samsung itself from selling or advertising the Galaxy Tab 10.1, other retails in Germany such as Media Markt can continue to sell the Galaxy Tab 10.1. This applies to their existing stocks aswell as any new stocks they choose to buy, the only restriction being that the Galaxy Tabs must not be bought from Samsung's german factory. This should be a small hurdle for Media Markt in particular since it has operations in The Netherlands aswell and it can simply choose to import Galaxy Tab 10.1 shipments from there.

This loophole greatly reduces the effect of the ban on Samsung Galaxy Tab sales in Germany, consumers can continue to buy the product, however there is still likely to be some effect since it might be difficult for smaller retailers to get the tablets from other countries and some of them may choose not to stock the tablet as a result. However this is mere speculation on my part, the effect of this should be evident within a few months when we see how Galaxy Tab 10.1 sales fares in Germany.