Its been a while since we've been treated to a Samsung Galaxy S6 Edge Plus leak lately. Samsung's flagship variant is due to be launched by the Korean manufacturer in less than a week now, and we know quite a lot about the device already, courtesy of the various leaks that have occurred on the subject. You can add another prototype image to that list today, as that's just what we have in store for you. 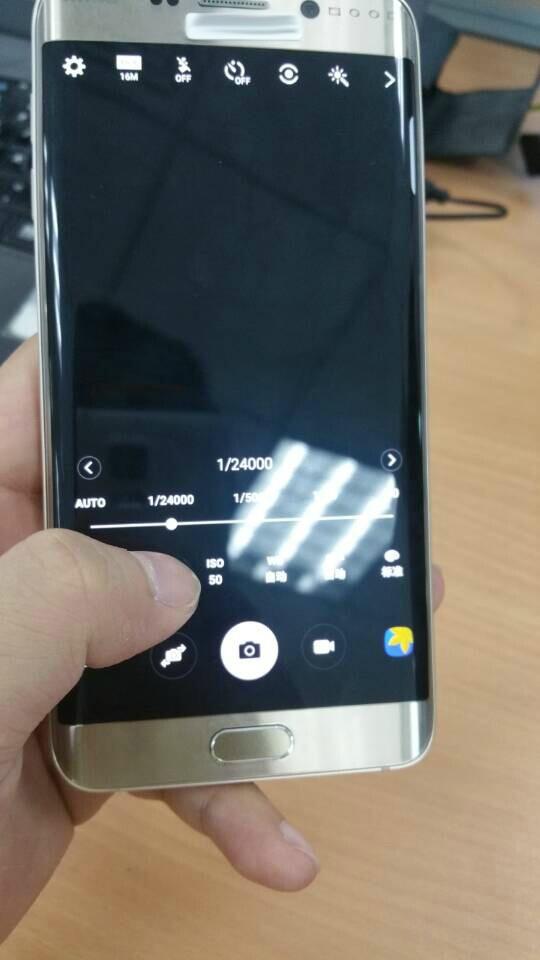 Courtesy of Steve of NWE, we have manged to score yet another device prototype of the Samsung Galaxy S6 Edge Plus today. As you can take a look in the image above, and as it is expected, the device is entirely similar to the already existing Galaxy S6 Edge. That elegant metal build and sleek curves combined with its very own unique edged screen that Samsung debuted on the Galaxy S6 Edge this year returns with the S6 Edge Plus, and the device doesn't look half bad really.

With this latest image leak, we'd say things related to the Galaxy S6 Edge Plus are quite final in Samsung's world. The Korean electronics giant has had a bit of mixed fortunes when it comes to flagships this year, even though the Galaxy S6 Duo was a massively overhauled pair from previous devices. The original Galaxy S6 Edge saw a massive surge of popularity, which Samsung itself had underestimated as the device became short quite soon after its launch.

Now, Sammy's introduced price cuts on its flagship smartphones, which are intended to increase their demand and popularity in the market, which has suffered quite a lot. Lets see if Samsung's fortunes will change with the Galaxy S6 Edge Plus and the Galaxy Note 5, both of which are scheduled for launch this month. But we won't be too optimistic about the Galaxy S6 Edge Plus, unless Samsung introduces something new with the device. Stay tuned, we'll keep you updated and let us know what you think in the comments section below.