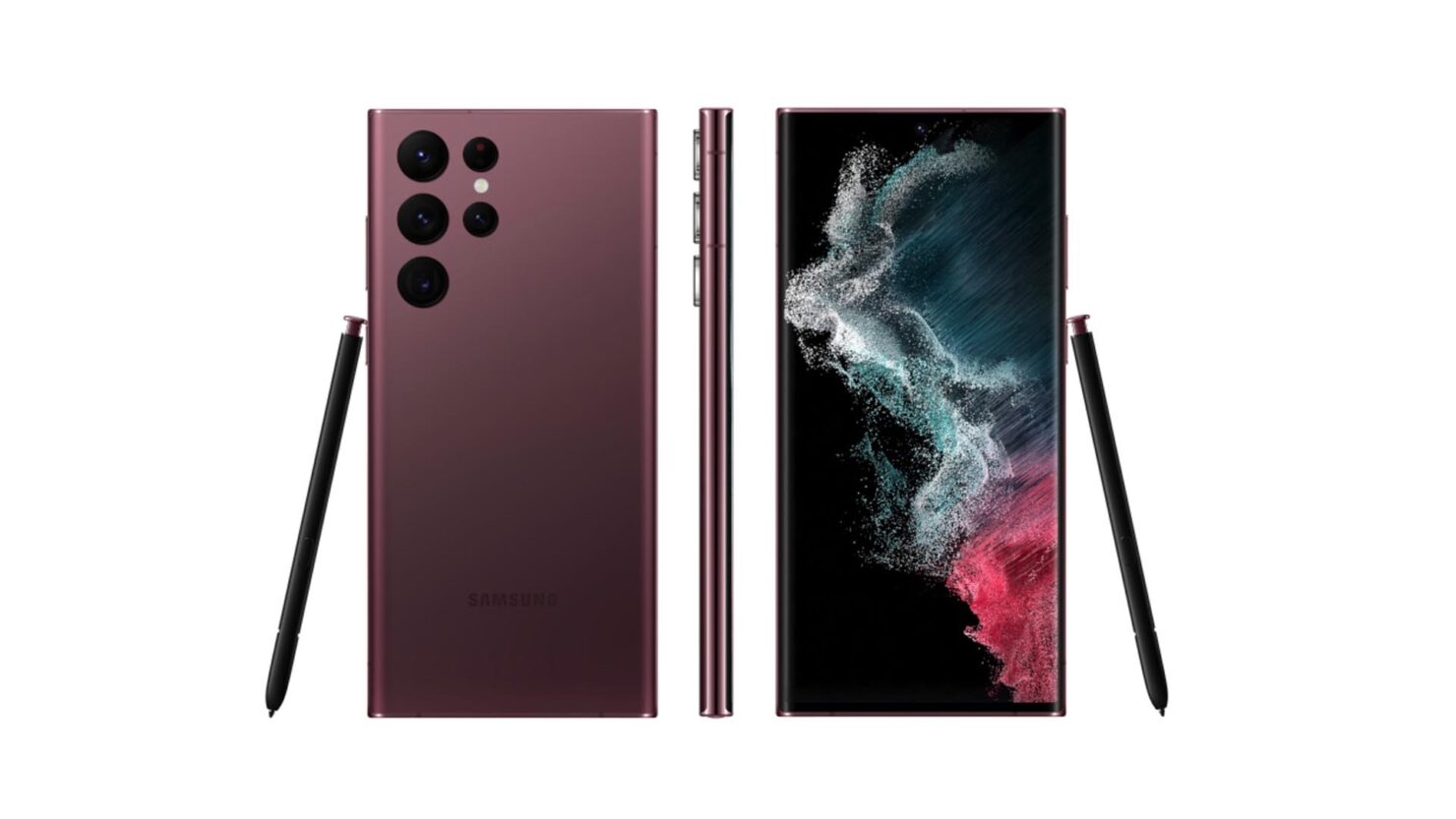 Samsung’s Galaxy Unpacked 2022 is scheduled to take place tomorrow, and it was expected that before the event kicks off, there would be some leak arriving that would more or less reveal the design of the upcoming models. The Galaxy S22 Ultra and the smaller Galaxy S22 both pose for the camera, clearly seeing how different these two handsets are.

Regular Galaxy S22 Also Appears to Have Flatter Edges Than Its Predecessor, With Galaxy S22 Ultra Appearing Like a Galaxy Note Carbon Copy

Other than that, Samsung appears to have kept the design consistent with last year’s model, with curved edges on all four corners, with the same rear triple camera array that is highlighted in a different paint job. It almost looks as if Samsung wanted to put the least amount of effort into designing the Galaxy S22 while focusing the majority of its attention on the Galaxy S22 Ultra, which gives off Galaxy Note design vibes in the video clip below.

The S Pen can be removed from the Galaxy S22 Ultra’s slot located at the bottom and functions as you would expect. The video leak does not talk about any specifications or the S Pen’s latency, but it looks as if the stylus was quite responsive when the user in the video was writing the word ‘Galaxy’ on the display. We will have to hear from future customers on how the experience actually is, but from this angle, it looks near-perfect.

The Galaxy S22 Ultra also looks to pack an impressive number of cameras, with previous reports claiming that the flagship will have four sensors at the back, along with a laser autofocus unit. We do not want to diminish the Galaxy S22’s design, but the Galaxy S22 Ultra has certainly caught our attention, and Samsung aims to capitalize on this new look with a hefty rumored price tag.

What do you think of the latest video leak? Tell us down in the comments.