While there are notable features about the newly announced Galaxy Note 7, you might have forgotten about one the most important features of the flagship phablet; being the first smartphone to sport the protection of Gorilla Glass 5.

Gorilla Glass 5 Will Protect The Display Of Galaxy Note 7 From A Height Of 1.6 Meters

It’s important to note that the features of Gorilla Glass 5 include the ability to withstand more wear and tear compared to the previous versions. The newest iteration of the glass has been reported to survive up to 80 percent of the time when dropped from a height of 1.6 meters. Its predecessor, Gorilla Glass 4 could only protect the smartphone’s display from a height of 1 meter, so this is a notable upgrade.

Previously, the protection only accounted for flat, but hard surfaces, so in the end, smartphone screens would have received much more damage after they have come in contact with a very sharp object or rough surface. Part of Gorilla Glass 5’s development also stems from protecting the smartphone from sharp objects and rough surfaces, since they might not shatter the screen but deliver an irreparable blemish on the front side. 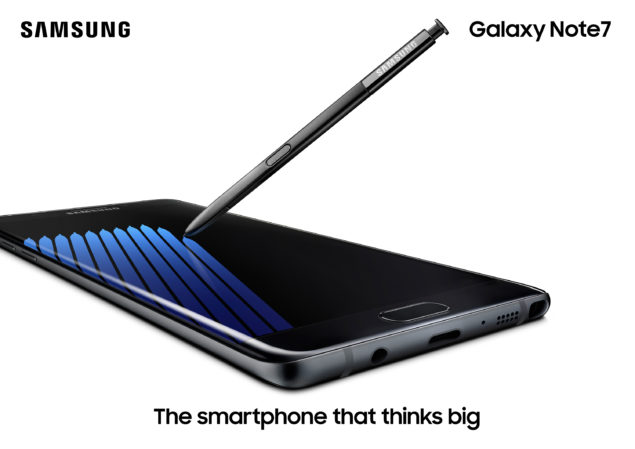 This does not mean that you shouldn’t attach a highly durable screen protector on a Galaxy Note 7, as it will provide an additional layer of protection of the expensive flagship. As for the chipset variants, Galaxy Note 7 is going to be shipped out in the following models:

The display tech used is Super AMOLED and features a much larger screen-to-body ratio in comparison to a Galaxy S7 edge. The Super AMOLED has several benefits over other display tech; it is able to consume less power and allow manufacturers to potentially reduce the thickness of future smartphones, and this is one of the contributing reasons why a Galaxy Note 7 sports a sleek form factor. Unfortunately, there might be no dual-camera present on the back-side, but a 12MP shooter with an F/1.7 aperture is present, and provides support for shooting images in RAW and recording 4K videos as well.

How far do you think a Gorilla Glass 5 will be able to protect a Galaxy Note 7? Tell us your thoughts right away.