Samsung's Galaxy Note 5 and Galaxy S6 Edge Plus launches are all that anyone can talk about these days lately. The Korean manufacturer made quite an impact with the launch of the Galaxy S6 Duo this year, and considering what we've been seeing and hearing about the two new devices so far, looks like Samsung's in for quite a strong year as well. Don't believe us? Take a look at some fresh Galaxy Note 5 hands on images that have popped up today. 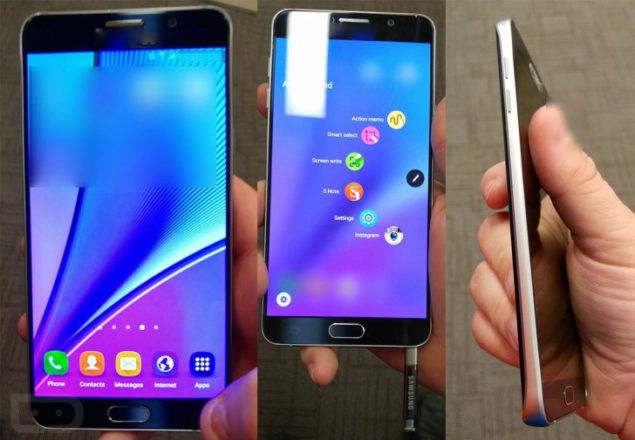 While its common news by now that the Galaxy Note 5 will indeed be coming with an all metal design, which most likely means no more removable batteries for Samsung fans, its still somewhat rare to see the device fully in the flesh. But with the Note 5 set to be launched in less than two weeks, we suppose the device has taken final shape after all, otherwise Samsung should be in quite a bit of trouble indeed.

Now, folks over at DroidLife have managed to get their hands on some hands on photos of the Galaxy Note 5 that appear to be quite authentic if we take into account everything that we've been hearing over the past couple of months. Samsung's phablet is quite similar in design language to the Galaxy S6 Duo and comes with a speaker grille, a USB port and the S Pen slot at the bottom, which is everything that current render leaks have also detailed on the device. 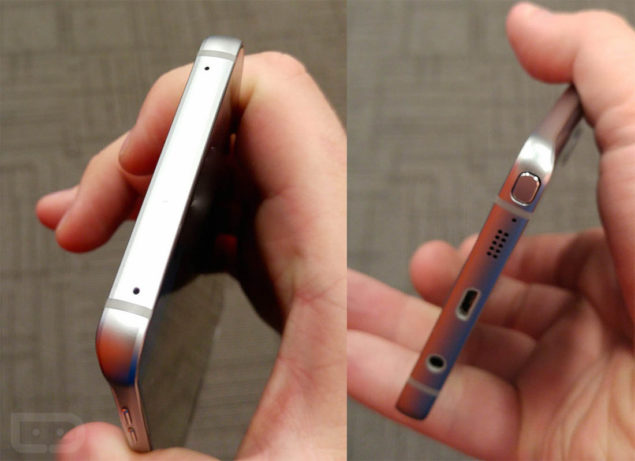 Speaking on its overall design, as that's all that we can decipher from these images, the Note 5 will be quite a good looking device indeed. An all metal form factor for Samsung's flagship does give it an elegant and premium look, which is undoubtedly what Samsung intends for it as well. In terms of specifications, we'd expect to see 4 GB of RAM, the Exynos 7420 or if you're lucky, the Exynos 7422 and rear/front cameras of 16 and 5 MP respectively.

All of this will be topped off by a 5.7 inch screen, which should make the Note 5 a serious consideration for anyone looking for a phablet upgrade this year. Or, you could also wait for the iPhone 6S Plus, which is due from Apple in September and said to come with several upgrades and features such as Force Touch on board. Thoughts? Let us know what you think in the comments section below and stay tuned for more.