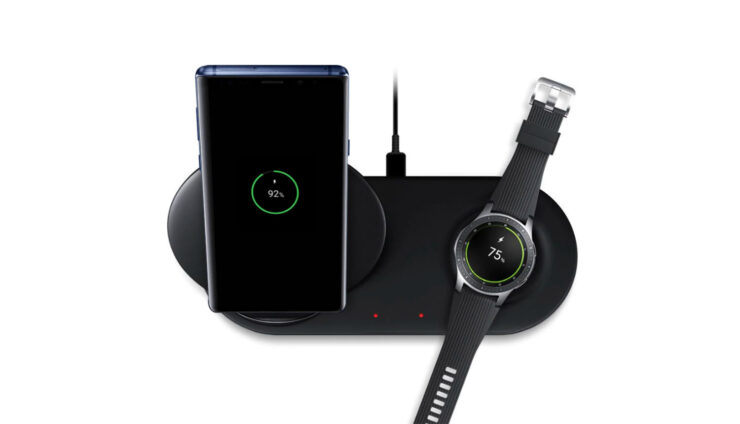 Qi wireless charging has still not matured to a point where manufacturers can make users forget about the old-fashioned way of plugging in your device. If that were the case, Apple would have shipped with its iPhone X without a Lightning port, according to a previous report. However, a Galaxy Note 10 Plus wireless charger has its specifications allegedly leak, and it might provide flagship phone adopters to slowly migrate to future accessories that will no longer require you to plug in a cable into the charging port every single time you want to juice up your handset.

According to Roland Quandt, who has a habit of leaking out important details revolving around the smartphone industry, has some excellent news to share to those who are tired of continuously having to plug in their device. He has stated in a tweet that the Galaxy Note 10 Plus wireless charging stand featuring the model number EP-N5200 can put out 20W of power.

He also states that while the FCC specifications reveal a wireless charger topping out at 15W, he claims that the accessory he’s talking about will take the power draw rating a little higher. Unfortunately, the leakster didn’t confirm if the Galaxy Note 10 Plus wireless charger will be sold separately, but if this accessory can be incredibly useful enough to help users comfortably adopt Qi wireless chargers, we highly doubt it will be a part of the upcoming flagship’s retail packaging.

To put into perspective of how important this accessory can really be, the iPhone XS and iPhone XS Max support up to 10W of wireless charging only, meaning that potential customers will experience even less charging time with Samsung’s upcoming accessory. It’s not confirmed if the Korean giant will launch the wireless charger with its regular Note 10, but during the official August 7 announcement happening in New York, we’ll get to know more information, and like always, we’ll happily relay that info to you.

Personally, we’d like to see manufacturers like Samsung and 3rd-party accessory makers get behind the Qi wireless standard with a lot more commitment and start churning out products that can top up devices much faster, and without requiring a cable to jam into a smartphone charging port. We’re sure our readers would love to see something similar, and if you’re one of them, let us know your thoughts down in the comments.