Although not yet officially released, but Galaxy managed to create the world's first single-slot cooler GeForce GTX 460 that has been on sale in the Japanese market, the overseas version of model "GF PGTX460/1GD5 KATANA" (samurai sword), the domestic version of the natural or better known as the " GTX 460 unparalleled" . 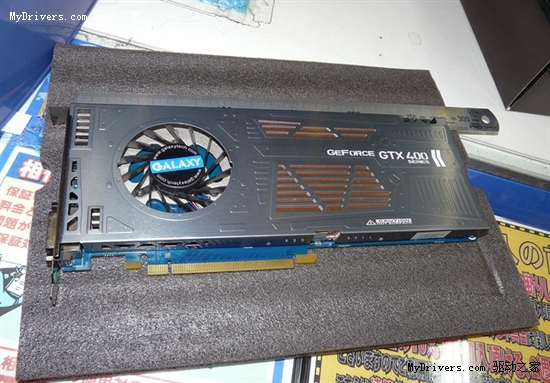 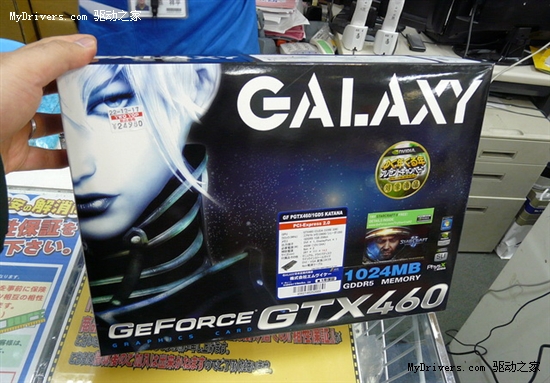 Thermal design of the card continues the unparalleled version of the GTX 260, GT 240 and GTX 470's style, based on the principle of the vacuum chamber that is a hot plate, using a single large diameter fan and a large surface area for the copper cooling block while keeping the thickness at only 14.2 mm. Length of the card is 267 mm wiah a height 111 mm. Also comes with the standard 2x6 pin connectors. 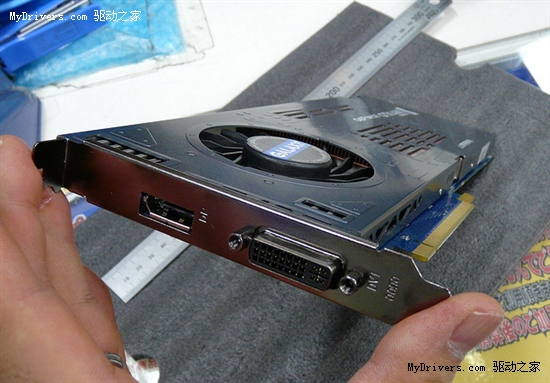 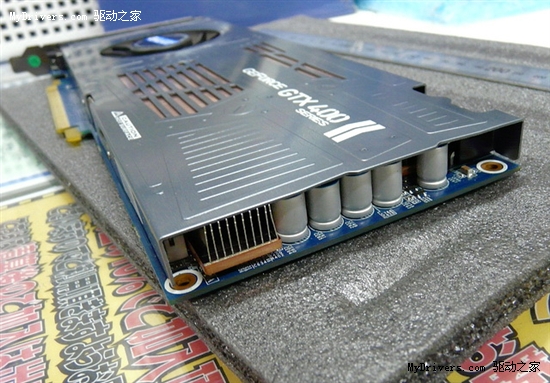 Specifications is the continuation of the standard version with 336 stream processors, core/stream processor frequency 675/1350MHz, equipped with 256-bit 1GB GDDR5 memory and an effective of 3600MHz (Quad Pumped). And because of the size limit, output interfaces are only limited to a DVI port and a DisplayPort, along with a DVI to VGA adapter supplied by Galaxy.

Note that this graphics card does not provide an SLi bridge on the finger.