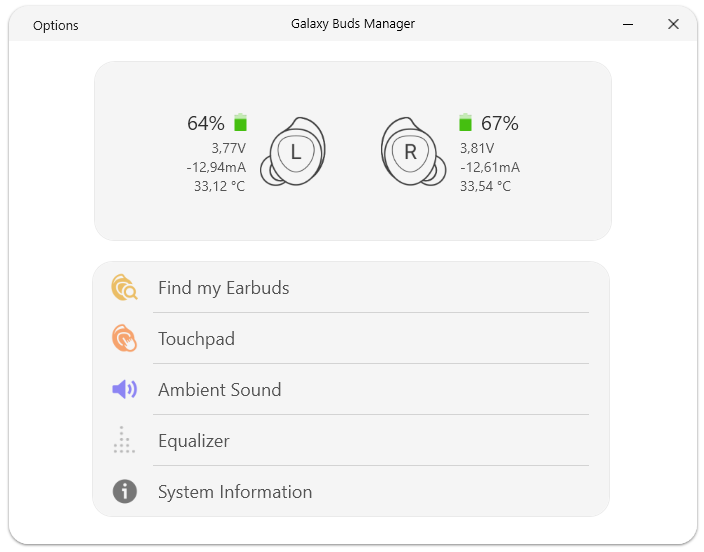 Galaxy Buds can already be managed using the Galaxy Wearable app on your smartphone. This app allows users to simply manage their Samsung wearable device. Samsung also offers a similar solution for the PC and Mac users called the Galaxy Buds Manager. This client lets you check software updates as well as install new firmware on your Galaxy Buds and Galaxy Buds Plus.

However, in today's news, we are talking about an unofficial client that allows you to do all those things that the original client lets you do and more. This unofficial client has been released by Tim Schneeberger, and the client they have released is also called Galaxy Buds Manager but it is capable of doing a lot more than the official one.

Now before you start trying this out, you have to understand that this is an unofficial client, and the version released at the moment is also initial. At the time of writing, it is only available on Windows, and you are going to need .NET Framework 4.7.2 or higher. This means that the app can be ported onto the other platforms in the future as well.

The client offers more features than the standard client, and below is the list of all of them.

At the moment, the client only supports the original Galaxy Buds with no current support for the Galaxy Buds Plus as Tim does not happen to own a pair. However, since this client is open source, we are hoping that the community keeps this alive and keeps adding more support as the time goes by.

Tim Schneeberger also shared the structure that will allow the tinkerers to have a go with this. So, you are free to try it out. if you want to learn more about the manager, you can check it out on the official Reddit thread.