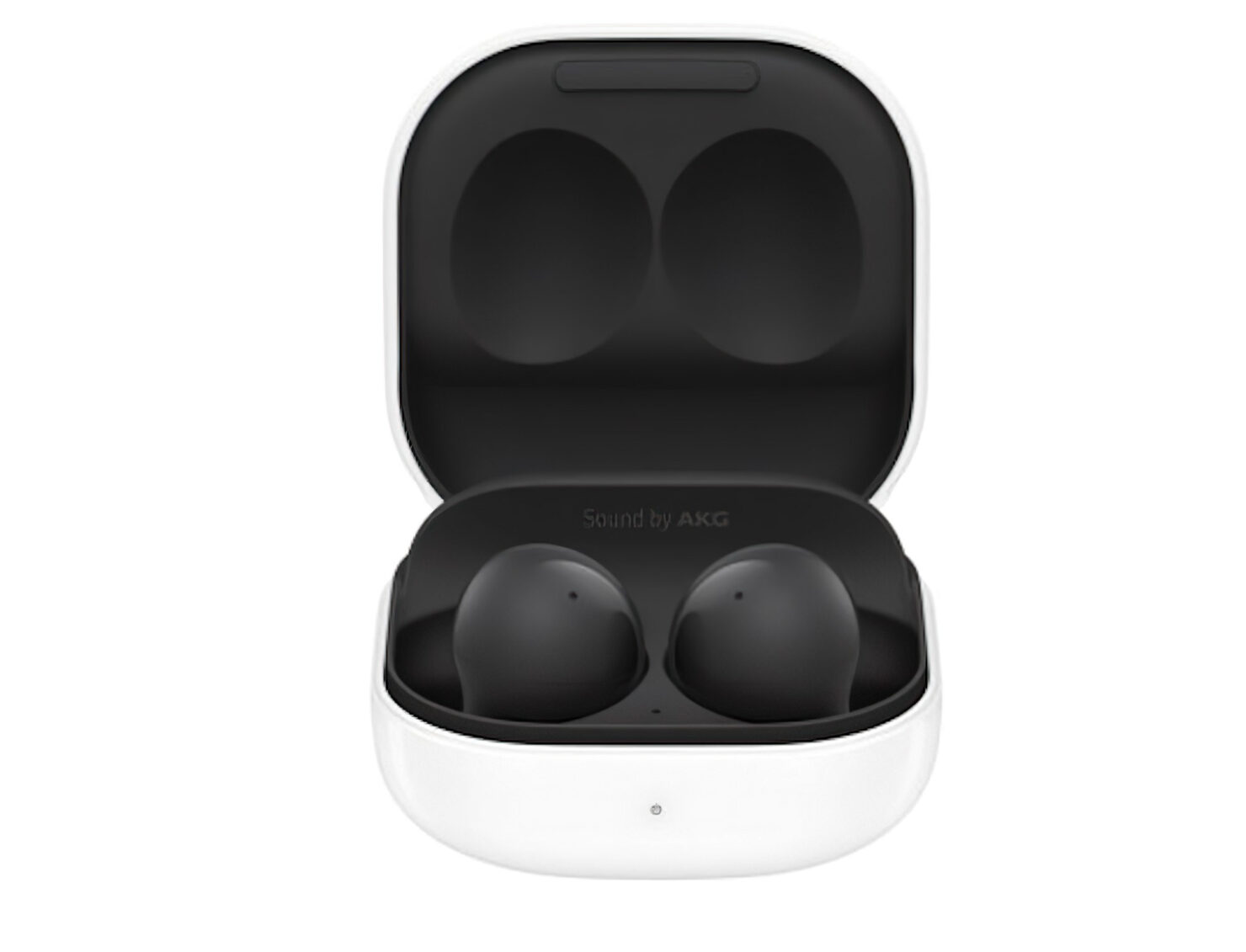 Perhaps the biggest Unpacked event of this year is less than weeks away, and Samsung is expected to launch a whole heap of new devices, including their latest true-wireless earbuds and a true successor to the original Galaxy Buds. The Galaxy Buds 2 should be good, and thanks to WinFuture, we have our first proper info dump on what these earbuds are all about.

The report that we got our hands on also comes with alleged marketing images of the Galaxy Buds 2 and ample technical details. The leak suggests that the earbuds will come with an "AKG signature" sound and active noise cancellation that can be used for 20 hours. Without ANC, the Galaxy Buds 2 should be able to last an insane 30 hours. The accompanying carrying case will give you an hour's worth of power by charging just for 5 minutes.

Samsung has also reportedly decided to use three microphones on the Galaxy Buds 2 to ensure a clear conversation. AI and touch controls are also available.

The Galaxy Buds 2 are also bringing splash and sweat resistance with an IPX8 rating just like the standard Galaxy Buds, but you are not getting the IPX7 rating that is found on the Galaxy Buds Pro.

As far as the pricing is concerned, the source reveals that the Buds 2 will run you €149.99 (~$178). You are essentially paying less than you would for the Galaxy Buds Pro, which costs $199.

If you are looking to pick these up, they should be unveiled officially at the Galaxy Unpacked that is taking place on 11th August, later this month. We are also expecting a host of new devices, including some exciting announcements and possibly some surprises as well.